Tolo News quoted Islamic Emirate spokesman Bilal Karimi as saying that Haqqani was killed in an explosion at his own madrasa in Kabul. There have been a series of explosions in Afghanistan in recent weeks. 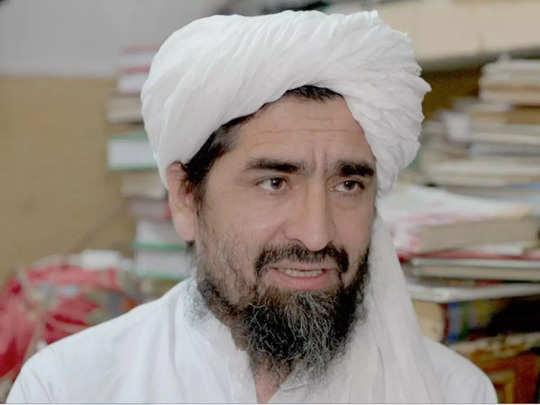 Taliban's Sheikh Rahimullah Haqqani, who promoted suicide terrorist attacks, has been killed in a suicide attack. The attack happened while speaking at a madrassa in Kabul. The attacker had brought an explosive hidden in one of his fake legs. Along with Rahimullah, his 4-5 year old son and brother have also been killed in this attack. IS has claimed responsibility for this attack.

Tolo News quoted Islamic Emirate spokesman Bilal Karimi as saying that Haqqani was killed in an explosion at his own madrasa in Kabul. There have been a series of explosions in Afghanistan in recent weeks. These explosions took place in several areas of the capital Kabul, including Chandawal, Pul-e-Sokhta and Sarkariz. On August 6, at least three people were killed in an explosion near Pul-e-Sokhta area, west of Kabul and Seven others were injured. Meanwhile, the United Nations has condemned the recent explosions in Afghanistan, in which more than 120 people have been killed and injured. Ever since the Taliban took control of Afghanistan, there have been regular incidents of blasts and human rights violations. This includes killing civilians, destroying mosques and temples, attacking women and promoting terrorism.

Rahimullah Haqqani was an Afghan citizen of Pachir Aw Agam district of Nangarhar province bordering Pakistan. Known as a scholar of hadith literature, Haqqani received his religious education in the Deobandi madrasas of Swabi and Akora Khattak. This was the third attack to kill Rahimullah Haqqani. Earlier in October 2020 also Rahimullah was targeted, in which he narrowly escaped. In 2013, gunmen fired indiscriminately at his convoy on Peshawar's Ring Road. At that time the attackers fled and Rahimullah's life was saved due to immediate retaliation by Pakistan Police and Army.