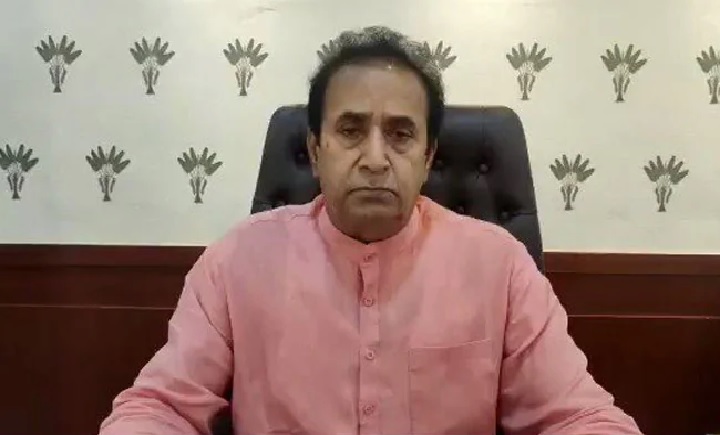 Here's a rundown of the day's major events:

Dilip Walse Patil has been given additional responsibility for the home department.

Dilip Walse Patil, the Maharashtra minister for labour and excise, has been given additional responsibility for the home department by Uddhav Thackeray.

"Dilip Walse Patil's Labour Department charge has been transferred to Hasan Mushrif as an additional charge, and the state Excise Department will be handled by Deputy CM Ajit Pawar," Maharashtra CMO said.

Sena leader Sanjay Raut previously stated that Sharad Pawar's choice for the home portfolio, along with Jayant, was Walse Patil, and that the NCP supremo turned to Deshmukh only after the two leaders declined to take on the role.

According to officials, the CBI team will arrive in Mumbai on Tuesday to begin the process of registering a preliminary inquiry against ex-Maha minister Anil Deshmukh. 'Unprecedented, extraordinary case,' said Bombay High Court while ordering a CBI investigation.

A bench of Chief Justice Dipankar Datta and Justice G S Kulkarni ruled that the case was "extraordinary" and "unprecedented," and that an independent investigation was necessary.

"We all agree that this is a once-in-a-lifetime case before the court. Deshmukh is the Home Minister in charge of the police. There must be an independent investigation, but the CBI does not have to file an FIR right away" as per the court.

"According to the Constitution, the rule of law pervades the entire field of administration and governs every organ of the State. In fact, the Constitution envisions a rule of law rather than a rule of goons with political backing" said Bombay HC in its 52-page order on Singh's PIL and three other petitions.

Deshmukh stated in the letter, a copy of which he also tweeted, "I don't have the moral authority to remain in office after the court's ruling. I've decided to resign. Please relieve me of my duties " Deshmukh's resignation letter said.

"Why is the chief minister keeping his mouth shut? His deafening silence is unsettling "Devendra Fadnavis, a BJP leader and former Maharashtra chief minister, stated. He also claimed that the MVA government lacks popular support. "The government was formed by betraying the mandate of the people. This is an auto-rickshaw government in which the leaders of all three parties regard the government as their personal fiefdom "Fadnavis stated.

Will respond after reviewing the court's order: Sanjay Raut

Shiv Sena leader Sanjay Raut said on Monday that the Maharashtra government will respond after studying the Bombay high court decision. "There is no such thing as a divine investigation agency.

The issue is also political. We have a tradition of respecting judicial decisions " the Sena MP said.

The decision must be thoroughly reviewed before Chief Minister Uddhav Thackeray or someone from the government responds on his behalf, according to Raut.

What led to Anil Deshmukh's resignation?

It all began on February 25 with a security scare near Mukesh Ambani's house, when an SUV containing explosives was discovered near the industrialist's home, along with a threat letter. Police traced the Scorpio car's ownership to a Mansukh Hiran, who was discovered dead just days later.

The case went in a different direction when Hiran's wife accused Mumbai police officer Sachin Waze of murdering her husband.

The Mukesh Ambani and Mansukh Hiran cases were then taken over by the NIA, who later arrested Waze.

Under pressure from the opposition, the ruling MVA coalition of the Shiv Sena, Congress, and NCP transferred the Mumbai police commissioner to the Home Guards Department, prompting the Mumbai cop to issue his "letter bomb."

In mid-February Deshmukh told Waze, who was heading the crime intelligence unit, that “there are about 1,750 bars, restaurants, and other establishments in Mumbai and if a sum of Rs 2-3 lakh each was extracted from each of them, a monthly collection of Rs 40-50 crore was achievable.” The rest of the "collection," according to Singh, "could be made from other sources." Singh encloses several WhatsApp messages allegedly between himself and one assistant commissioner of police (Sanjay Patil) dated March 16 and 19.

Param Bir then pleaded to the court against his transfer, requesting a CBI investigation into Deshmukh, and the court issued its decision on Monday.