Gautam Adani was at the forefront of earnings this year and in this case, he left behind even top billionaires including Elon Musk. Adani's assets have come down by $5.19 billion to $115 billion. At the same time, Mukesh Ambani's wealth has come down to $ 92.1 billion after a decrease of $ 4.24 billion. 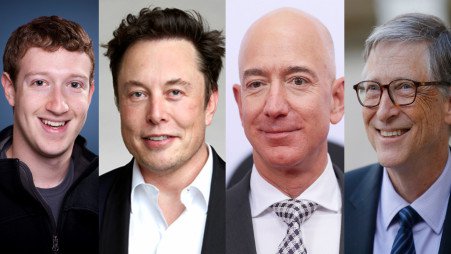 The wealth of the world's top billionaires have come down drastically in the last 24 hours. Talking about the top-10 rich, everyone from Elon Musk, who is at number one to number 10, Mukesh Ambani, has suffered. According to the real-time data of the Billionaire Index, the wealth of most billionaires had registered a decline at the time of writing this news.

Tesla and SpaceX CEO Elon Musk, who topped the list of billionaires, have suffered the most during this period. His net worth has come down by $18.5 billion to $229 billion. Significantly, Musk's wealth has been declining since the Twitter deal. In the past, shares of his electric car company Tesla had broken more than 12 percent and this had a big impact on the wealth of the world's richest person. Let us tell you that recently Musk has made a deal of $ 44 billion (Rs 3.37 lakh crore) to buy the microblogging platform.

The year 2022 is also not proving to be good for Jeff Bezos, the second richest after Elon Musk and the founder of Amazon. He is the third biggest loser of this year in terms of earnings. Talking about the last 24 hours, the net worth of Jeff Bezos has come down to $ 133 billion after a decrease of $ 6.04 billion. Apart from this, Microsoft's founder Bill Gates, ranked third, has also lost $ 3.15 billion and his net worth has gone up to $ 120 billion. Talking about the fourth richest French billionaire Bernard Arnault, his net worth has fallen from $ 4.24 billion to $ 120 billion.

Gautam Adani, a veteran Indian industrialist and chairman of the Adani Group, included in the list of top-10 billionaires, was at the forefront of earnings this year and in this case, he left behind the top billionaires including Elon Musk. Although Adani has also suffered losses in this period, he has maintained his presence at the fifth position. If we look at the figures, Gautam Adani's wealth has decreased by $ 5.19 billion and after this decline, his net worth has come down to $ 115 billion.