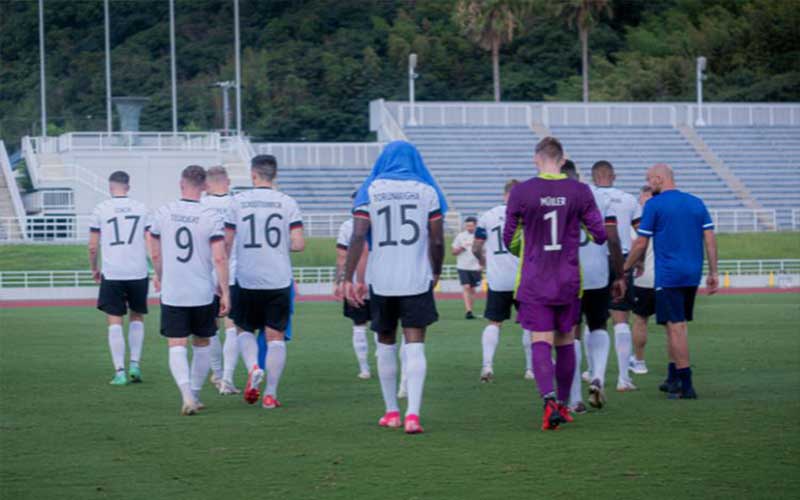 The game played behind the closed doors, was tied 1–1 at the time of the incident, which the Honduras national team said was a misunderstanding.

The players walked off the field with five minutes left to play, with the team’s twitter account claiming that the players decided to leave because Hertha Berlin defender Jordan Torunarigha had been racially insulted.

Germany’s Olympic soccer coach and former international Stefan kuntz added here “when one of our players is racially abused, playing on is not an option.”

Germany begin their Olympic Group D campaign against Brazil on July 22, while Honduras will take on Romania in their Group B opener.

The Honduras national team then confirmed that the game had been abandoned after an alleged racist insult directed at a Germany player. Yet they insisted that Germany’s stance came about due to a misunderstanding on pitch.