Today, the Puducherry cabinet took the oath, including the first woman minister in decades 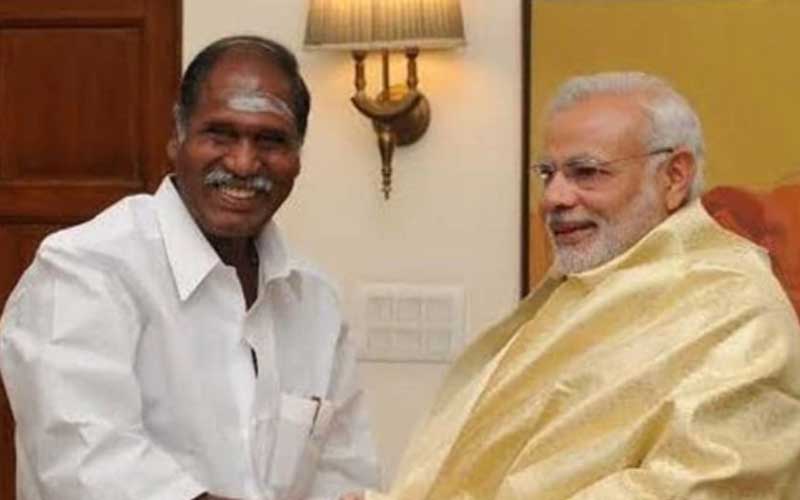 On Sunday, Lieutenant Governor Tamilisai Soundararajan swore in five legislators from the N Rangasamy-led coalition cabinet as ministers, more than a month after the Puducherry election results were published. The ministers were sworn in at 2.30 p.m. on Sunday in front of the Lt Governor's office and house, Raj Nivas, which includes three AINRC members and two BJP leaders.

The list of cabinet members provided by chief minister Rangasamy to Soundararajan earlier this week received President Ram Nath Kovind's assent. A Puducherry Gazette statement stated that "The President has been pleased to nominate" A Namassivayam, K Lakshminarayanan, C Djeacoumar, Chandira Priyanga, and AK Sai J Saravana Kumar as cabinet ministers. The All India NR Congress has Lakshminarayanan, Djeacoumar, and Priyanga, while the Bharatiya Janata Party has Namassivayam and Saravana Kumar, who deserted the Congress before the Puducherry assembly elections.

On Wednesday, more than two months after the AINRC-BJP alliance won the April 6 assembly elections, Rangasamy submitted the list of lawmakers to be included in his cabinet to Soundararajan. On May 7, AINRC founder Rangasamy was sworn in as Puducherry's chief minister, and on June 16, BJP's 'Embalam' R Selvam was chosen Speaker of the 33-member parliament without opposition.

After the then-Congress-led regime in Puducherry disintegrated in February, the AINRC-led alliance won the Union territory's assembly elections. Several factors contributed to the delay in forming the cabinet, including internal BJP infighting, with supporters of all six elected MLAs clamoring for cabinet positions. Then, a day after taking the oath on May 7, Rangaswamy contracted Covid-19, and the newly-elected MLAs were sworn in on May 26. The delay is also due to negotiations between the AINRC and the BJP on the number of cabinet berths.

Six of the nine seats contested by the BJP were annexed. The BJP has three nominated members who support the NDA. There are 33 MLAs in the House, including the three nominees.