To what extent the Gehlot group will go against the pilot: if the dispute increases, the assembly may also be dissolved, Analysts Say

Dismissing speculations of a rift between Rajasthan CM Ashok Gehlot and Congress leader Sachin Pilot, party general secretary KC Venugopal said that there was ‘no conflict in Rajasthan’, but Pilot and Gehlot's words mean something else 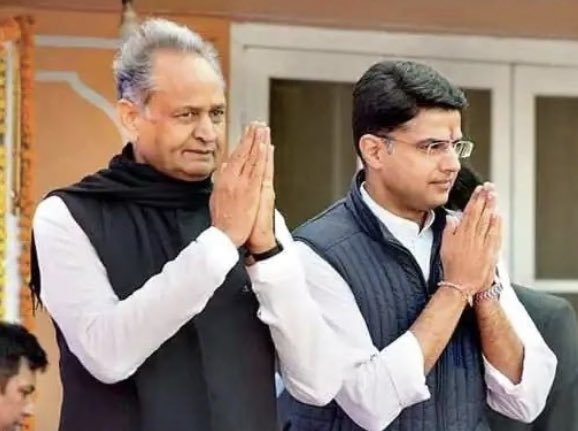 In a political career of 50 years, a new form of Chief Minister Ashok Gehlot is being seen. After the rebellion of the Pilot camp in 2020, he has openly attacked his arch-rival Sachin Pilot for the first time. With this attack, Chief Minister Ashok Gehlot has started a new chapter of political tussle 10 days before Rahul Gandhi's visit to Rajasthan.

Till now Gehlot's supporters MLAs and Ministers were speaking on the attack on Pilot, now Gehlot himself has stamped them. Gehlot has cleared his own political line by giving a clean chit to the September 25 revolt of the supporting MLAs. This has also put a question mark on the decision of the high command.

Gehlot, for the first time openly supporting the move of pro-legislators to boycott the Legislature Party meeting on September 25, declared it a rebellion against Pilot and declared a new battle. Till now Gehlot used to give measured answers on the boycott of the meeting. Now Gehlot has openly defended the legislators-ministers who went against the opinion of the high command and raised questions on the decisions taken after this incident.

It is a clear indication from Gehlot's statement that he has warned not to take any action against his supporting leaders regarding the September 25 incident. Justifying that incident by terming it as a rebellion against the pilot means that if needed, there can be an open confrontation.

Users on Social Media called it a typical Political Turmoil which in the end dooms the party.