The news comes only a day after Sidhu met with members of the Congress Party's top tier, including Rahul Gandhi and Priyanka Gandhi Vadra. 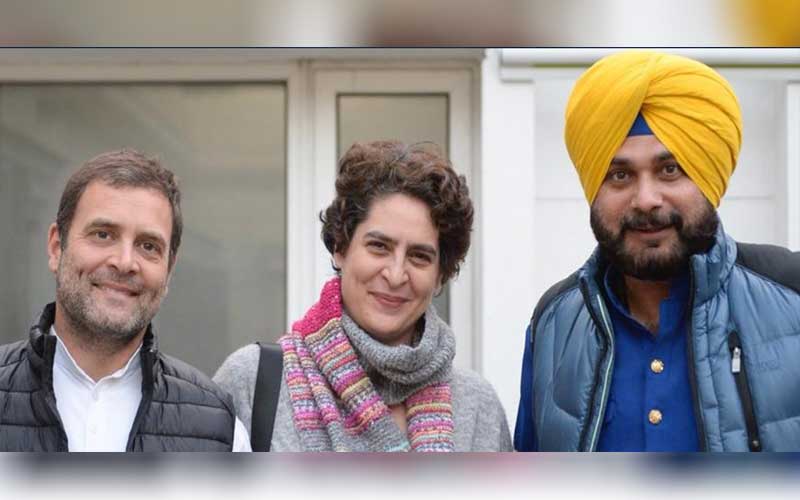 Navjot Singh Sidhu, the sulking Congress leader in Punjab, may split the post of party chief with another leader as part of a plan to defuse fierce infighting that has jeopardised the party's campaign for state elections next year. Chief Minister Amarinder Singh's cabinet is also set to be reshuffled soon.

However, insiders claim that Rahul Gandhi has yet to sign off on the idea, which has the blessing of his sister Priyanka Gandhi Vadra.

The Congress high command is trying to come up with a viable strategy to end the anti-incumbency wave by reshuffling the cabinet, despite the current squabble between the two factions and the forthcoming Punjab Assembly elections.

Amarinder Singh had convened a meeting with party MLAs in Chandigarh earlier in the day, which lasted several hours. Singh took to Twitter after the meeting to say that he had a great talk with senior Congress members from Punjab's metropolitan areas, which will strengthen the party at the grass-root level.

Sidhu left the BJP before the 2017 assembly elections and joined the Congress. In 2019, he resigned from Amarinder Singh's government due to a change in his portfolio. In the previous five months, he has made public his attacks on Captain Amarinder Singh, even calling him a liar.

There were no remarks after Sidhu's meeting with Rahul Gandhi yesterday, but sources believe that Sidhu may agree to his new job in the party's restructured state unit ahead of next year's Assembly elections. AICC general secretary in-charge of Punjab Harish Rawat and Mallikarjun Kharge met separately and are said to have reviewed the new formula being worked out.

Meanwhile, sources claim that Sidhu has turned down the position of deputy chief minister and is instead targeting the position of state Congress chief. The Congress leadership does not want Sidhu to leave the party at this critical time when Punjab elections are only a few months away. Rahul Gandhi has met with nearly all of Punjab's key Congress officials, including MLAs, MPs, ministers, and former state party heads.