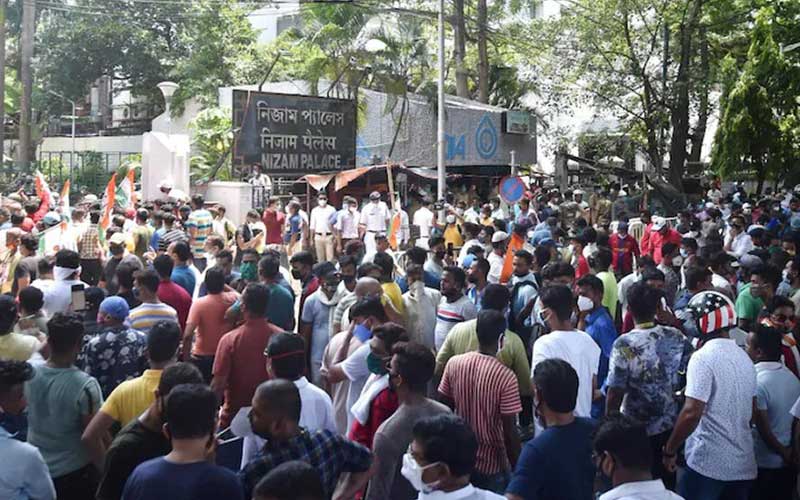 In its investigation into the Narada sting case, the CBI conducted simultaneous raids on Monday, arresting TMC ministers Firhad Hakim, Subrata Mukherjee, and MLA Madan Mitra. Mamata Banerjee arrived at the CBI office infuriated within hours of the arrests.

During her 45-minute visit to the CBI office in Nizam Palace, Bengal Chief Minister Mamata Banerjee reportedly said, “The way they have been arrested without due procedure, CBI will have to arrest me also."

The CBI also arrested ex Kolkata Mayor Sovan Chatterjee in the same case. In the Narada sting operation case, TMC leaders were brought to the Central Bureau of Investigation office and subsequently arrested.

The arrested TMC members were all state ministers who were caught accepting money in the alleged Narada sting operation. The recordings were made public before the 2016 Assembly elections. In March 2017, the Calcutta High Court directed a CBI investigation into the sting operation.

The CBI has requested additional central forces to be deployed as protestors attempt to breach the barricade in front of the Nizam Palace. The supporters asked for the Trinamool leaders be released. They chanted anti-BJP and anti-governor Jagdeep Dhankhar slogans.