Tirath Singh Rawat, the Chief Minister of Uttarakhand, may resign

Tirath Singh Rawat, the Chief Minister of Uttarakhand, has requested an appointment with the state governor this evening, despite speculations that he will quit only four months after taking office. 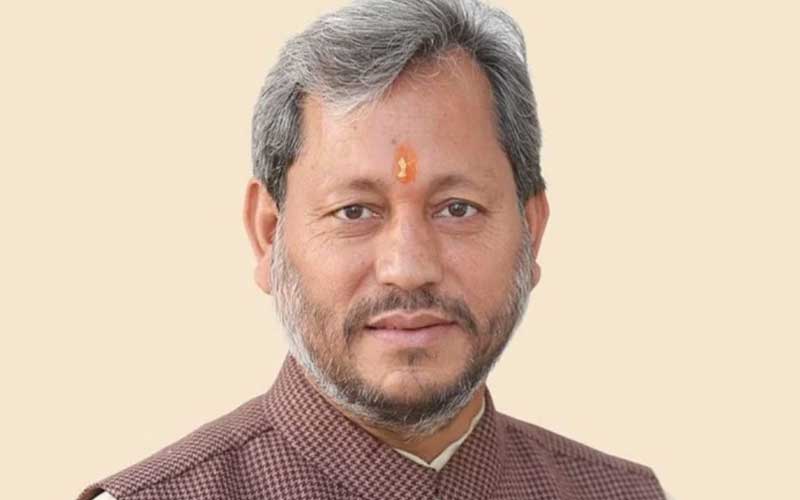 According to sources, Tirath Singh Rawat has offered his resignation as chief minister of Uttarakhand in a letter to BJP president Jagat Prakash Nadda. He stated that he is unable to continue as CM because, under Section 151 of the Representation of People Act, elections are no longer viable.

Once this has been cleared by the party leadership, he may seek an appointment from the Governor. The situation occurred after Rawat was summoned to Delhi on June 30. During his visit, he met with both BJP President JP Nadda and Union Home Minister Amit Shah.

Uttarakhand may have its third chief minister in less than six months, with Rawat likely to be ousted. Rawat, who is still a member of the Garhwal Lok Sabha constituency, was appointed CM in March, succeeding Trivendra Singh Rawat, who was becoming increasingly unpopular. The BJP, on the other hand, appears to have suffered as a result of the change of guard. Here are four elements that may have played a role in Tirath Singh Rawat's replacement.

WHY HE IS RESIGNING?

The biggest disadvantage of Tirath Singh Rawat was that he was not a member of the Legislative Assembly, which is required to become the Chief Minister. Rawat would have had to run in a by-election because Uttarakhand lacks a Legislative Council. Two seats are currently vacant: Gangotri, which became vacant after BJP MLA Gopal Singh Rawat died in April this year due to COVID-19, and Haldwani, which became vacant after Leader of the Opposition and veteran Congress leader Indira Hridayesh died. However, if Assembly elections are coming in less than a year, bypolls are not permitted. In Uttarakhand, where the Vidhan Sabha elections are scheduled for early 2022, this is the case.

Even if the polls are less than a year away, there are provisions for convening a by-election in the event of a constitutional crisis — such as a CM who isn't a member of the house. The BJP appears to be hesitant to go down that path, preferring instead to replace him. The main reason for this could be a fear of a sitting CM losing the bypoll, which would reveal anti-incumbency against the BJP in the state and give the Opposition impetus. The mounting COVID-19 cases and Tirath Singh Rawat's dismal performance as CM didn't help matters. The last thing the BJP would have wanted was a byelection that gave Congress a boost.

Haldwani was ruled out as a prospective seat for Rawat because it is located in the Kumaon area, while he is from Garhwal. It is also a relatively solid congressional seat. Rawat should have chosen Gangotri, but the BJP wasn't confident in his victory there. Priests in the temple town were protesting the state government's Devasthanam's Board's jurisdiction over the temple, and the party was receiving a lot of opposition. The priests had been claiming that COVID-19 and the lockdown had caused them to lose their livelihoods and earnings and that the Devasthanam Board had made matters worse.

The BJP is likely to pick from among the MLAs, with Dhan Singh Rawat and Satpal Maharaj being the most likely candidates. Both are notable leaders from the Garhwal region who belong to the same Thakur community as Tirath Singh Rawat.