Time booths, crash barriers to be installed on Yamuna Expressway to preventing speeding and accidents

Authorities have stated that numerous steps would be adopted to reduce accidents on the Yamuna Expressway, including vehicle speed monitoring and the installation of crash barriers. 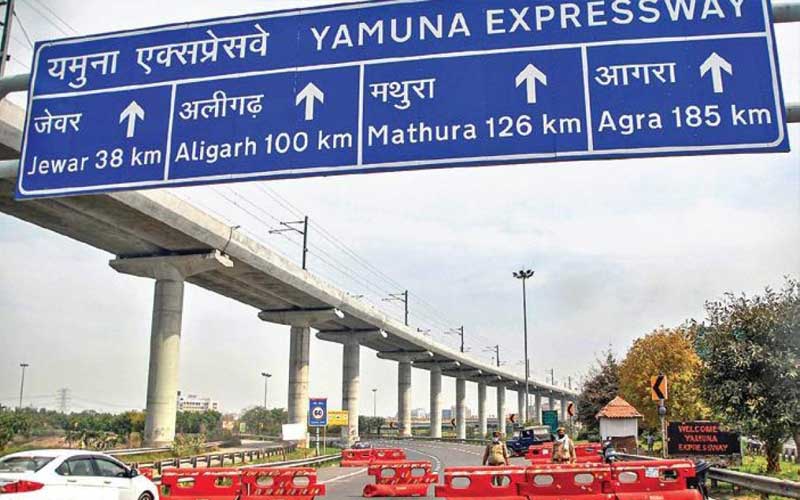 The Yamuna Expressway Authority (YEA) has decided to adopt a series of steps to minimise the problem of reckless driving on the Greater Noida-Agra Yamuna Expressway in order to reduce the number of accidents on the expressway.

Authorities have stated that numerous steps would be adopted to reduce accidents on the Yamuna Expressway, including vehicle speed monitoring and the installation of crash barriers.

Arunveer Singh, Chief executive of the Yamuna Authority, stated in an interview with Live Hindustan, " All the work is going on for safety measures on Yamuna Expressway. Whatever is better will be done. Right now the work of installing crash beam barriers on both sides of the divider is going on."

On the Yamuna Expressway, cars can drive at a speed of 100 kilometres per hour presently. The Yamuna Expressway Authority now issues challans to vehicles depending on distance between two toll booths. That is, if you go the distance faster than the specified pace, your challan will be taken away. This invoicing is done over the internet.

From Greater Noida to Agra, the Yamuna Authority is prepared to put up time booths at zero points on both sides of the highway. Through these time booths, authorities will be able to determine when cars join the highway and their speeds will be monitored. A fee will be imposed if someone crosses the expressway in less than the allotted time.

At the moment, Crash Beam Barriers are being placed on both sides of the Yamuna Expressway's divider. Because of the crash barrier, if a car is involved in an accident, it will not be able to go to the other lane. This will assist to lessen the severity of the accident and save lives.