TIME 2022 LIST: 3 Indians, including Gautam Adani, Karuna Nandi in the list of 100 most influential people in the world 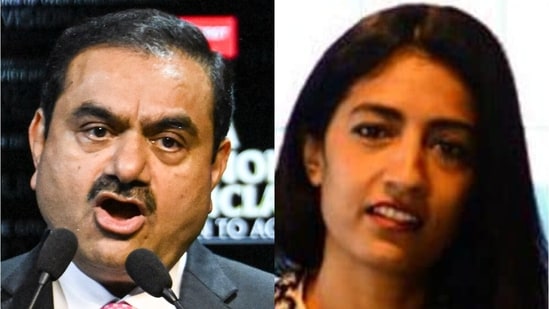 Time Magazine has released its list of 100 Influential Celebrities of 2022. These include 3 Indians. These include Supreme Court lawyer Karuna Nandi, businessman Gautam Adani and Kashmiri human rights activist Khurram Parvez. This time the list is divided into 6 categories. These are Icons, Pioneers, Titans, Artists, Leaders, and Innovators. Gautam Adani has been placed in the Titans category. This includes Apple CEO Tim Cook and TV host, Oprah Winfrey. Nandi and Parvez have been placed in the leader's category. It also includes Vladimir Putin and Ukrainian President Volodymyr Zelensky.

According to the magazine, Karuna Nandi is not only a lawyer but also a public activist. She has been raising her voice inside and outside the courtroom. She is a champion fighting against women's rights. He has done a lot of work against anti-rape laws and sexual harassment in the workplace.

According to Time, the Adani Group is very influential in India. Gautam himself usually stays away from public events. He is the fifth richest person in the world. Prime Minister Modi wants to make India a 5 trillion dollar economy and Adani's journey has started now.

Chinese President Xi Jinping has also got a place in the top 100 list of world leaders. He has made it to this list for the 13th time. Apart from these, Joe Biden, Kristin Lagarde, and Tim Cook have managed to make a place in this magazine for the 5th time.