Thunderstorm and rain likely to happen in Delhi-NCR, heavy rain forecast for the next 3 days 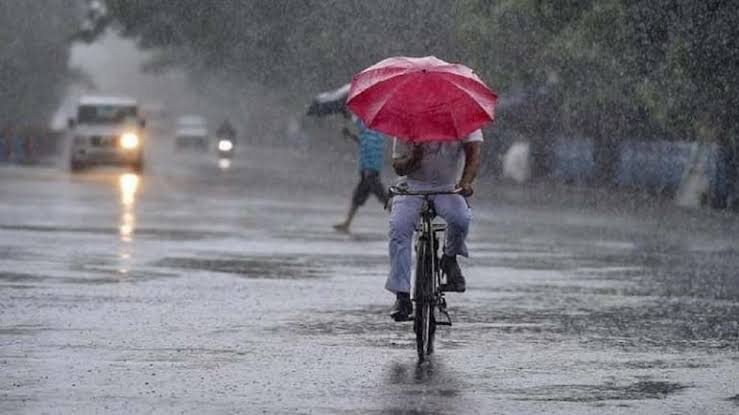 The weather in Delhi-NCR has remained pleasant since morning. The game of hide and seek continues between the sun and the clouds. Meanwhile, the Meteorological Department has issued a rain alert in the area for the next two hours. According to the department, light to moderate thunderstorms and thunderstorms occurred at isolated places over entire Delhi and NCR (Loni Dehat, Hindon Air Force Station, Ghaziabad, Indirapuram, Chhapraula, Noida, Dadri, Greater Noida, Gurugram, Faridabad, Manesar, Ballabgarh). It will rain with intensity.

According to the Meteorological Department, East Rajasthan on 24th and 25th; On July 24, 2022, West Rajasthan, on July 24, 2022, Vidarbha, North Konkan and adjoining Ghats areas of Madhya Maharashtra may receive rain. At the same time, scattered to heavy rain and thundershowers/lightning are likely to occur over Jammu and Kashmir during July 25-28, 2022. During 24-28 July, 2022, very heavy rainfall is likely over Himachal Pradesh and Uttarakhand. Here, during 24-26th, there is a possibility of rain in Punjab, Haryana-Chandigarh, Uttar Pradesh, Bihar and Sub-Himalayan range, West Bengal and Sikkim. There is a possibility of very heavy rainfall in Punjab on 28th July.