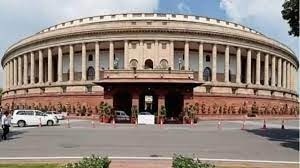 After the elections to a total of 57 Rajya Sabha seats, the seats of the ruling BJP have come down from 95 to 92, while the Congress has increased from 29 to 31 seats. The biennial elections saw interesting contests in four states - Rajasthan, Haryana, Karnataka and Maharashtra. BJP got 22 seats out of 57 and Congress got nine seats. Of the 57 members retiring next month, 25 are from the BJP and seven from the Congress.

Both the BJP and the Congress had relied on many new faces. The BJP's strength in the Upper House includes four nominated members.

The strength of the SP is going to come down to three from the current five as it has given its seats to independent Kapil Sibal and ally Jayant Chaudhary of RLD. RJD has increased one seat in the Bihar assembly on the basis of its increased strength. Earlier it had five members, now it will have six. The BSP will now have only one member, while it currently has three MPs. JMM had only one member till now, but now it will have two members, while the membership of Shiromani Akali Dal has come down to zero. The SAD had two members so far.