Three more opposition MPs suspended from Rajya Sabha, so far a total of 27 MPs have been suspended

The MPs are also holding a 50-hour dharna regarding this suspension, under which five MPs also spent the night in the Parliament premises amidst heat and mosquitoes. This protest continues even today. 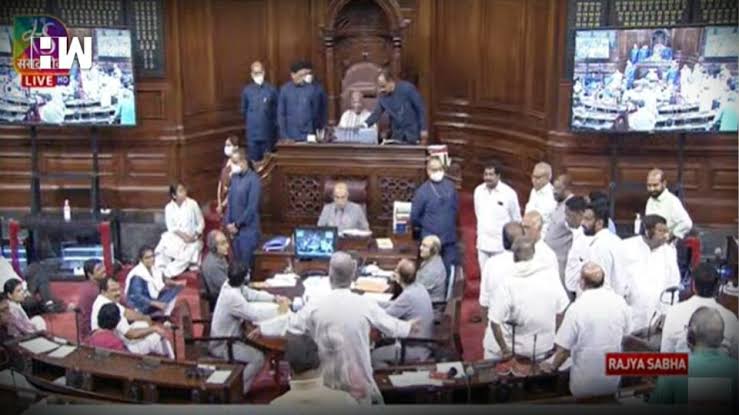 Opposition MPs reacted sharply to the suspension of Opposition MPs over protests in Parliament. Opposition parties say that their democratic rights are being violated. The Congress also says that it is not even being allowed to hold protests against the investigating agencies to "harass" its top leadership. Party workers are being arrested for doing this. Countering these allegations of the Congress, the Center accused India's oldest party of becoming a 'shield' for its leaders by trying to obstruct the legal process and creating a ruckus.

Congress leader Sachin Pilot told NDTV on Thursday that the government does not want a discussion on price rise and unemployment in Parliament. Outside, investigating agencies are harassing Sonia Gandhi for political vendetta. There were protests even during the Congress governments but we did not suspend anyone. Pilot said the Congress office has turned into a police post and the workers cannot protest even there. Leader of Opposition in Rajya Sabha Mallikarjun Kharge termed the suspension of MPs as illegal and said, "the Modi government cannot be allowed to take these undemocratic, unilateral actions by crushing the voice of the people."