SDRF team along with Jal Police is searching for the youths drowned in the Ganges. 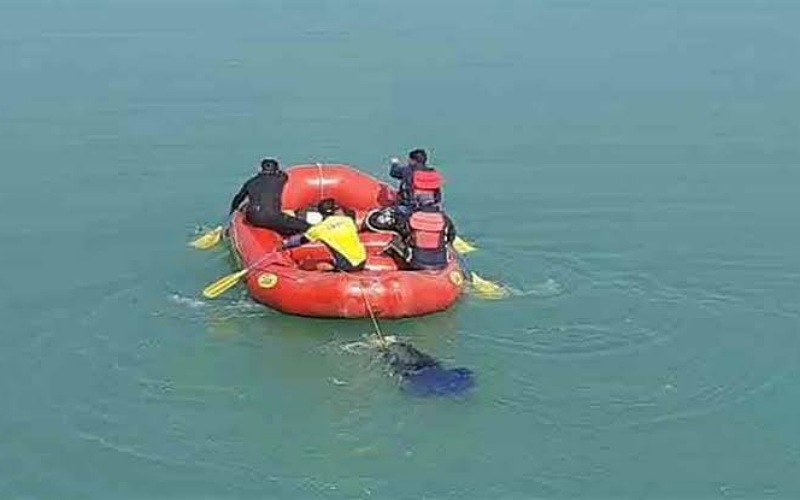 On Tuesday afternoon, three youths from Delhi, who were bathing in the Ganges, drowned near Shivpuri in Munikireti police station area of ​​Tehri Garhwal district. The body of a youth has been recovered. Two people are still missing.

Inspector Ritesh Shah, in-charge of police station Munikireti, said that some tourists from Delhi were taking a bath in the Ganges near Shivpuri ITBP camp at around 1:15 pm on Tuesday. Meanwhile, three youths drowned in the Ganges.

The water police team present nearby was informed. SDRF team was called to the spot from Vyasi post. Rescue work was started immediately. During the rescue, the body of a youth was recovered. Two youths are still missing. One of the drowning youths is from Rohini Delhi and two from Najafgarh Delhi.

A youth from Dehradun, who was bathing in the river Ganga with friends in the Saptarishi area of ​​North Haridwar, drowned. The SDRF found the dead body of the youth after three hours of effort. After the post-mortem, the body was handed over to the relatives.City Kotwal Rakendra Singh Kathait told that some youths of Dehradun were taking bath at Parmarth Ashram Ganga Ghat.

Meanwhile, Suraj (23 years) resident of Guru Road, Patelnagar, Dehradun drowned. His friends started shouting but by then he was lost in the waves. On information, SDRF and Water Police reached the spot. After three hours the body of the youth was recovered from nearby.