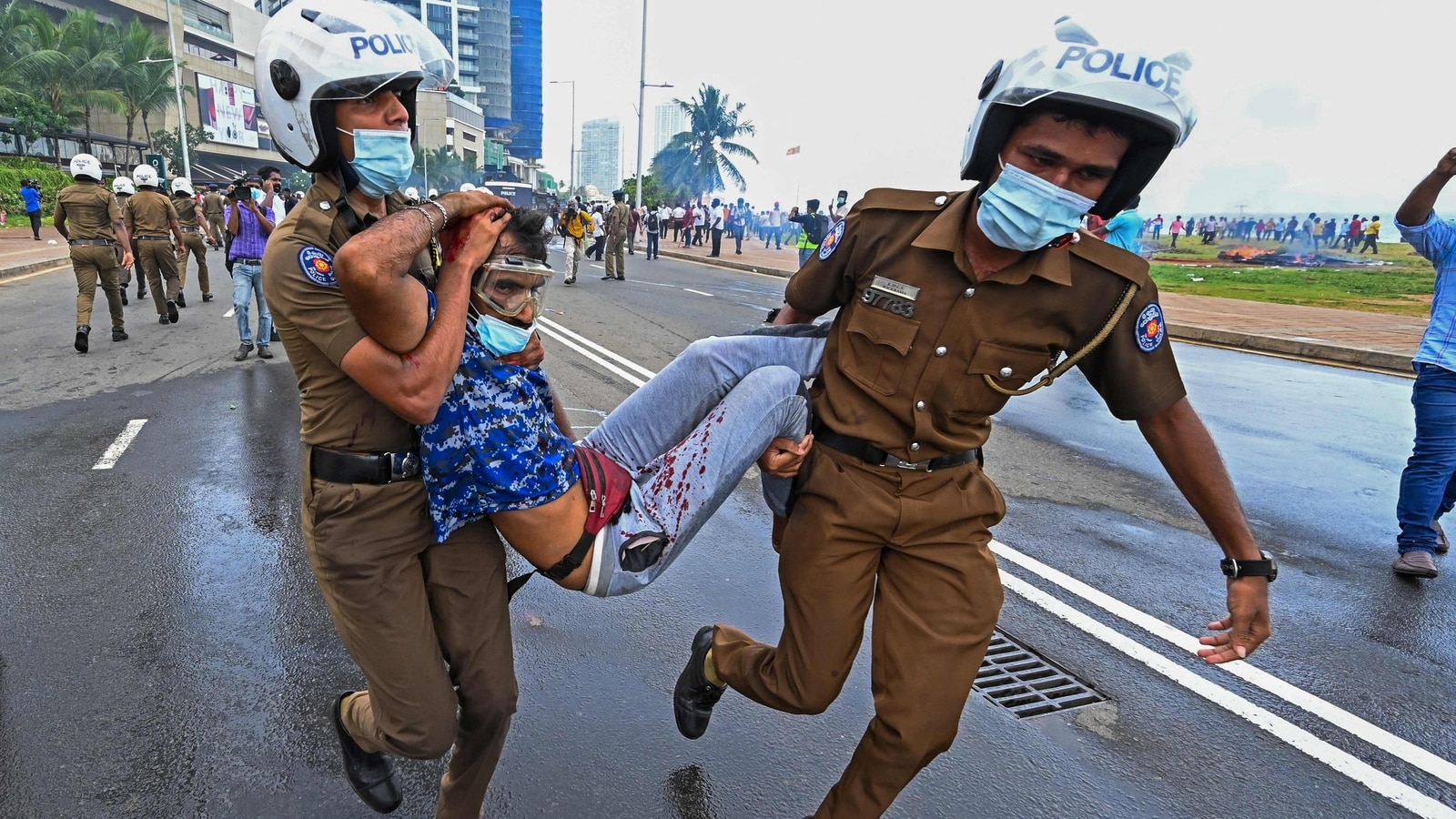 The dissatisfaction arising out of the economic crisis in Sri Lanka can now lead to civil war. On Monday, Prime Minister Mahinda Rajapaksa resigned under pressure from the opposition. Unhappy with his resignation, supporters carried out violent incidents in the capital Colombo. After this his opponents also became furious. When Rajapaksa's supporters tried to leave Colombo. Their vehicles were targeted at various places.

According to media reports, former PM Mahinda Rajapaksa and his family have taken refuge at the Trincomalee Naval Base in eastern Sri Lanka. They were taken to the base by a helicopter. At the same time, on getting information about this, a crowd of protesters has gathered outside the base. So far 8 people have died in this violence, while more than 200 people are injured. Colombo National Hospital said that 217 injured have been admitted for treatment.

Opposition leaders have demanded the arrest of Mahinda on Tuesday. They say that Mahindra instigated peaceful protestors and incited violence. Protesters torched the ancestral home of Mahinda Rajapaksa in Hambantota on Monday. At the same time, in the capital Colombo, former minister Johnson Fernando was thrown into the lake along with the car. So far the houses of more than 12 ministers have been burnt.

According to news agency AFP, on Monday, thousands of protesters broke the main gate of the PM's official residence 'Temple Tree', and a truck parked here was set on fire. After this, firing was also done inside the residence. To control the agitating crowd, the police fired tear gas shells and fired in the air.