Dennerby, who was earlier in charge of the Indian U-17 Women’s World Cup squad, has experience of over 30 years in coaching several National squads with much success. 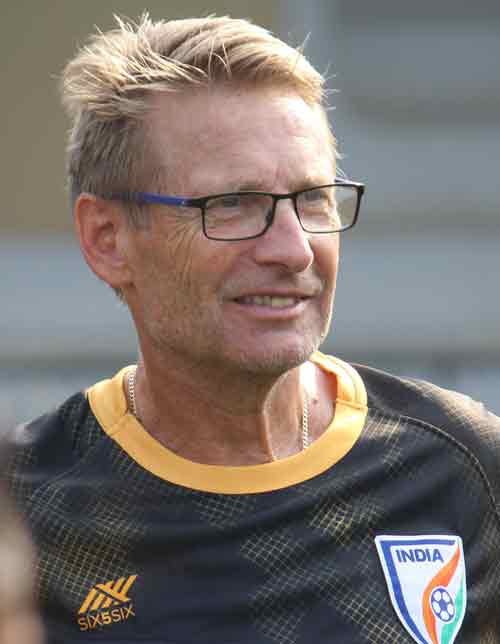 New Delhi: In India’s bid to prepare for the AFC Women’s Asian Cup India 2022, as per the decision of the AIFF Technical Committee, Thomas Dennerby will be taking charge as Head Coach of the Indian Senior Women’s National Team with immediate effect. India is the host of the Continental Championship from January 20-February 6, 2022.

Dennerby, who was earlier in charge of the Indian U-17 Women’s World Cup squad, has experience of over 30 years in coaching several National squads with much success. The UEFA Pro Diploma Holder had guided Sweden’s Women’s National team to a 3rd-place finish in the FIFA World Cup in 2011, and a quarter-final spot in the 2012 London Olympics.

He also served as the Head Coach of the Nigerian Women’s National team wherein he coached the Super Falcons to the 2019 FIFA Women’s World Cup. He also helped the Nigerian women to win the AWCON Award 2018, and was awarded the 2018 Coach of the Year in Nigeria.

“I am grateful to the All India Football Federation for finding me suitable for the job. It’s an honour to be taking over as the Head Coach of the Indian Senior Women’s National team,” Dennerby stated. “I have been in India and am aware of the huge potential. It is a big challenge to get the girls ready for the AFC Women’s Asian Cup. Life is all about challenges, and I relish it,” he added.

AIFF General Secretary Mr. Kushal Das averred: “With his vast experience, Thomas will bring in immense value addition to the women’s team. He is acquainted with India and we look forward together for him to improve our team technically, and competitively.”

Dennerby will move to take charge of the Indian U-17 World Cup squad once the AFC Asian Cup ends in February 2022. Till then, the U-17 girls will be training under the watchful eyes of Assistant Coach Alex Ambrose, who will be working in close coordination with Dennerby.

The AIFF in consultation with Thomas Dennerby and relevant stakeholders has also laid down a composite calendar for the development of women’s football, which also targets a number of International exposure tours for the Women’s Team leading to the AFC Asian Cup India 2022 which kicks off on January 20, 2022 -- all of which are subject to materialisation in view of the current pandemic situation which prevails all over the world, restricting travel worldwide.

AIFF expects covid restrictions and quarantine rules to get flexible in different countries soon, and with requisite permissions landing from the Governments of the respective countries, the Women’s team will be travelling abroad for International Friendlies.

In addition, subject to the pandemic situation improving in India and with consent coming in from the Government of India, there are plans to host an International tournament for Women’s in India soon.

At the domestic level, the Senior National Championships are planned to be held in November; while a probable window for the Hero IWL is March/April 2022 in Bhubaneswar. The Head Coach was very clear that it would not be prudent to allow National Team players to participate in Hero IWL before the Asian Cup in 2022, and accordingly it will be held after the Asian Cup.

Participation in both the competitions will be granted solely to players/staff who have got themselves fully vaccinated.