"They are trying to scare me"; Manish Sisodia said while leaving for Ahmedabad on CBI inquiry

Regarding the questioning of CBI, Manish Sisodia said that the amount of misuse of CBI and ED by the Bharatiya Janata Party is known to all. He has made the entire CBI and ED into one and only political machine. 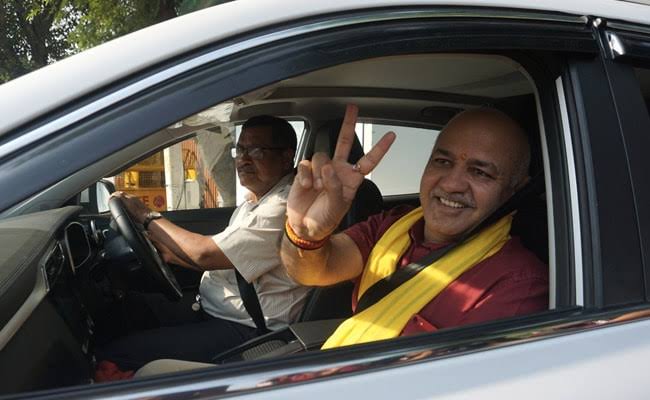 Delhi Deputy CM Manish Sisodia was questioned for several hours yesterday in the liquor policy scam case. The AAP protested vigorously against this CBI inquiry. Manish Sisodia said while leaving for Ahmedabad that now I am going to Gujarat for two days, whenever I went to Gujarat in the past, wherever I went, people told me how bad the condition of the school there is, Gujarat We need good schools today. Everyone is sad there, BJP was in government for 27 years, it did nothing except shut down the school, it has nothing to show. But as it can happen in Delhi, it can happen in Gujarat also, I am going to Gujarat with this message, for 2 days.

Regarding the questioning of CBI, Manish Sisodia said that the amount of misuse of CBI and ED by the Bharatiya Janata Party is known to all. He has made the entire CBI and ED into one and only political machine. It is not hidden from anyone. If the officers of CBI had issued a press release saying that Operation Lotus was done, then people would be surprised. But really their focus was not on the excise policy, there was no corruption in it, nothing was found and it became clear in yesterday's conversation.

Further, he said that the purpose of calling me yesterday was to intimidate me that in some way I should be ready to leave the Aam Aadmi Party and join the BJP, but I clearly said that the Bharatiya Janata Party It is such a dirty party that to join it is to kill oneself, to kill one's soul. They were trying to arrest tomorrow, maybe call again, but the people of Gujarat are going to vote for the school and they will not be able to stop it. AAP has to build good schools, hospitals in Gujarat and this trust has become among the public.