The minister speaking at a press conference in Delhi further informed that this year meeting with Environment Ministers of Delhi and neighboring states of Punjab, Haryana, Uttar Pradesh, and Rajasthan will be held virtually on 01st of October. 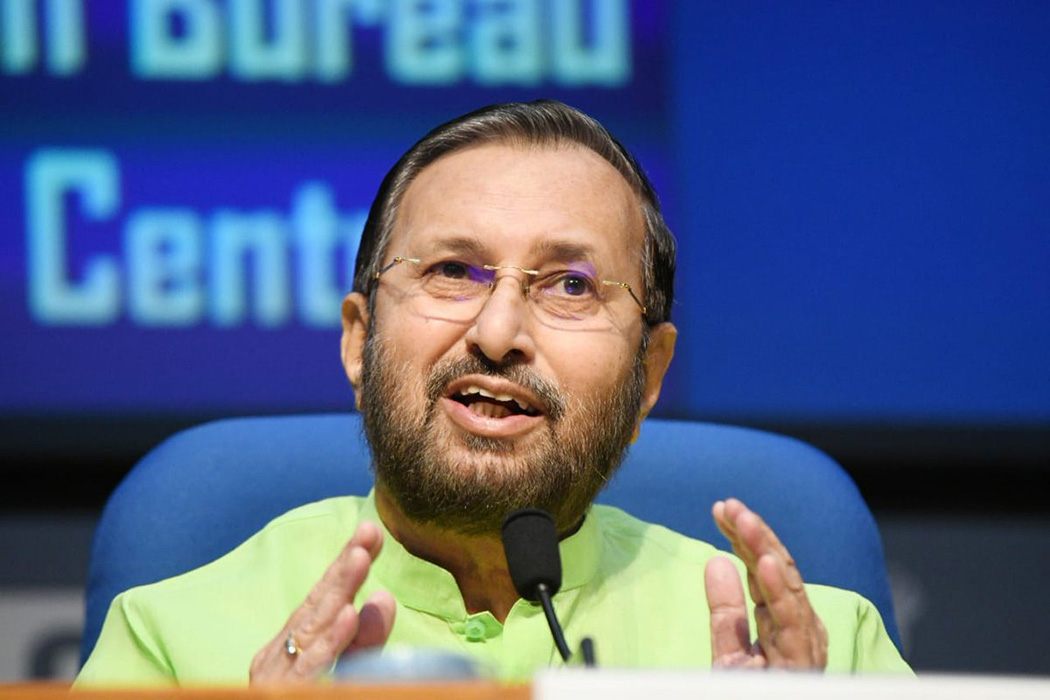 The Minister for Environment, Forest and Climate Change, Prakash Javadekar said that Central, state government and citizens need to work together towards mitigation of Air Pollution and it is a shared responsibility.

He highlighted that the problem of Air Pollution in the winter months in Northern states especially Delhi, apart from man-made factors are caused by meteorological and geographical factors.

The minister speaking at a press conference in Delhi further informed that this year meeting with Environment Ministers of Delhi and neighbouring states of Punjab, Haryana, Uttar Pradesh and Rajasthan will be held virtually on October 1.

Stating that recognition of any problem is the first step towards its solution, Javadekar said that in 2016 Prime Minister Narendra Modi launched the real-time Air Quality Index which acts as a key input in identifying pollution hotspots and directing policy efforts towards mitigation of Air Pollution.

The problem of Air Pollution in winters especially in New Delhi is also related to meteorological reasons as well said the Minister.

Ventilation index, defined as the product of wind speed and mixing height, is a significant factor affecting Delhi's Air Quality.

Winters are dominated by cold, dry air, and ground-based inversion with low wind conditions, which makes the air stagnant and creates an unfavourable condition for dispersion.

The wind blows from India’s north and north-west to the east direction during winters which ultimately results in a combination of pollution and fog, leading to heavy smog formation in Delhi esp. during winters. The severity is further escalated due to a rise in local and regional air polluting sources.

The Environment Minister also highlighted the measures taken by Central government in the past few years towards mitigation of Air Pollution such as the closure of Badarpur power plant, phasing out of Sonipat power plant, the introduction of less polluting BS-VI vehicles and fuel standards, speedier completion of a peripheral expressway in Delhi, subsidy to e-vehicles etc.