'Then You Suffer': MC Josephine Snaps At Domestic Violence Survivor

Kerala Women's Commission Chairperson MC Josephine became enraged during a live television show when a woman called in to complain about her husband and mother-in-law hitting her. She said that she hadn't reported to the police or informed anybody about the thrashings she received at home. 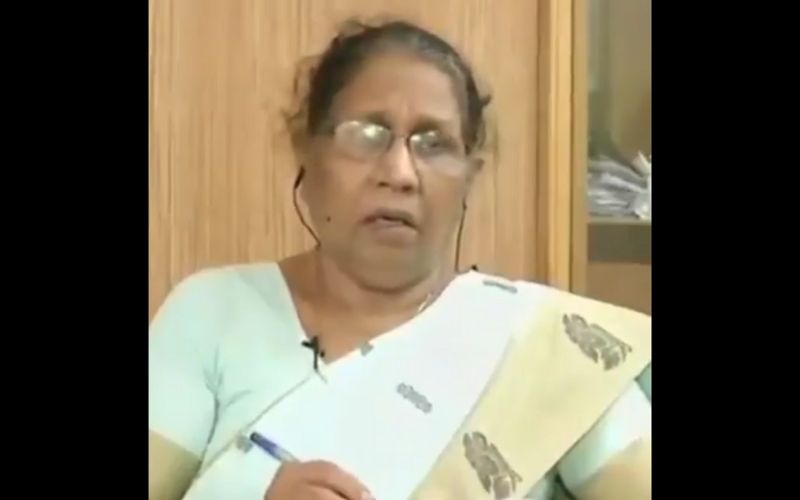 In the initial phases of the lockdown, Indian women registered more domestic abuse reports than that of any previous 10-year period. However, this unexpected surge is merely the tip of the iceberg since 86 % of women who experience domestic violence in India do not seek help, and 77 % of victims do not even disclose the incident.

However, the recent incident on a live television broadcast has received an intense backlash after a rude and insensitive comment towards a woman complaining of domestic violence.

Kerala Women's Commission Chairperson MC Josephine became enraged during a live television show when a woman called in to complain about her husband and mother-in-law hitting her. She said that she hadn't reported to the police or informed anybody about the thrashings she received at home.

“Then you suffer, OK,” Josephine bellowed before cutting the call. The state's Women Commission Chairperson was on a special programme put together by a Malayalam channel to draw attention to women mistreated and abused at home including the state's woman panel chairman.

On 21st June, a 23-year-old woman who had married a government officer the previous year committed suicide. According to preliminary police investigations, she was allegedly beaten for months by her husband, who was dissatisfied with the dowry she had brought.

Both on and off social media, Josephine's attitude to a woman's suffering on a TV show drew harsh criticism.

While many others emphasised that the woman, who was in an abusive relationship, had made the first step when she dialled the show and should have been supported rather than shunned. Some of them were also known supporters of the ruling Communist Party of India (M), of which she is a member of the central committee.

Josephine tried to rationalise her reaction at first. However, when criticism mounted on her and her party, she made a new statement expressing sorrow.

According to BJP state president K Surendran, an FIR should be launched against her. “When a lady was summoned to tell her storey, Josephine treated her in a disrespectful manner... With someone like him at the head, how would women approach the commission?” Surendran inquired.

The Kerala Congress has also sought that Josephine be removed from office. Its women's side also staged a protest and burned her effigy to convey their point.

Later, in her apologies, Josephine stated that if a lady files a complaint, she would receive justice. She expressed her displeasure at the fact that many women suffer in silence.

“I was speaking to her in a motherly tone. If my comments have caused anyone grief, I apologise,” she added, admitting that many women continue to suffer in silence and are afraid to report abusive spouses and relatives to the authorities.