The vaccination process starts in India with the motto, “Dawai bhi, Kadai bhi”

The Prime Minister while addressing the citizens before the launch of the drive paid tribute to doctors, health workers, and scientists for their sacrifices and services during the pandemic. 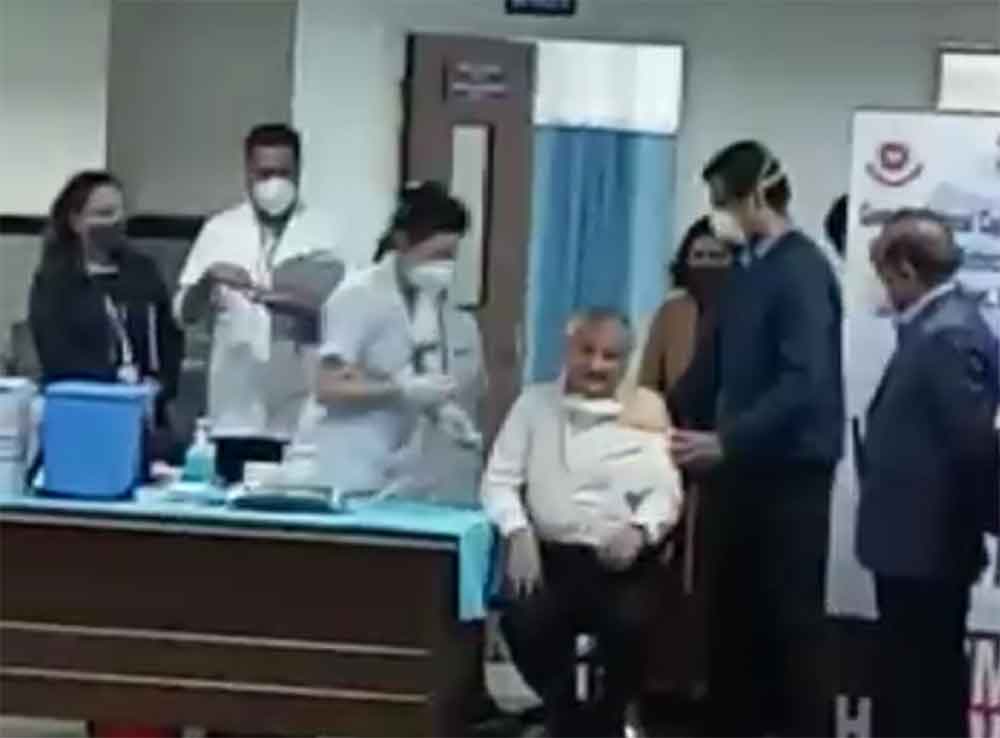 The process of vaccine administration will cover 3 crore healthcare and frontline workers in the first phase free of cost.

The Prime Minister while addressing the citizens before the launch of the drive paid tribute to doctors, health workers, and scientists for their sacrifices and services during the pandemic.

PM Modi has also warned people not to be misled by rumours and propaganda about the safety and efficacy of these two vaccines – Covishield and Covaxine.

The approval of Covaxine has quoted controversy in India as the drug regulator DCGI has given approval to the vaccine without any safety and efficacy data.

However, PM Modi has assured people that the vaccine is completely safe and they should be misled by any propaganda about that.

He said that the drug regulator has given approval to both the vaccine after they were satisfied with the data.

He said that India has global credibility in vaccine development and 60 percent of vaccines given globally are made in India.

PM Modi advised people to take all precautions after taking the vaccine such as maintaining hand hygiene, wearing masks, and keeping a safe distance from others.

He said that Indian vaccines have been developed keeping in mind the conditions of the country so they can give decisive victory over Covid-19 in the country.

About 3000 vaccine sites have been made across the country to administer 3 lakh doses on the first day of the vaccination process.

The Director of All India Institute of Medical Sciences, Delhi also took his first dose among others.