The former US President Donald Trump will face an impeachment trial for his role in inciting an unruly and violent mob that invaded Capitol Hill on January 6. 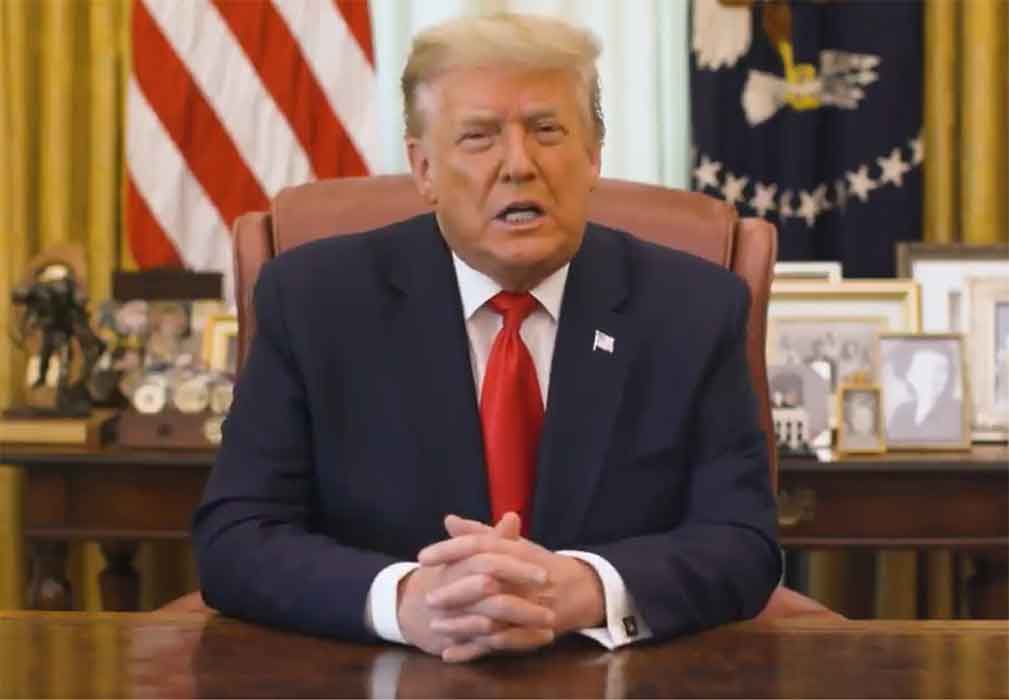 The former US President Donald Trump will face an impeachment trial for his role in inciting an unruly and violent mob that invaded Capitol Hill on January 6.

The US Senate has decided that his trial is constitutional and it will go on.

Trump’s lawyers argued against the continuation of trial proceedings as according to them Trump has left the office of the President and he cannot be impeached now.

However, the 100-member senate gave a go-ahead with 56 members voted in favour of the trial while 44 opposed it.

As per the US Constitution, the Senate needs to come up with a two-thirds majority to convict Trump.

However, the number of voters in the favour of the trial suggests that it will still not be easy for the Senate to impeach him. Trump still commands considerable support from the Republicans in the House.

Six members from the Republican, the Party to which Trump belongs to, sided with Democrats and voted for the impeachment proceedings to be continued.

The allegation on Trump is that he made false accusations in his public speeches and social media posts about gross irregularities in the Presidential election and this incited thousands of his supporters to storm Capitol Hill.

The violent attack resulted in the death of five persons and injury to more than dozens. It also caused substantial damage to public property.

If Trump loses the impeachment trial, he will never hold the office of the President in the future.

The proceedings on Tuesday started with Democrats showing a video on the day of the violence which allegedly established Trump’s role in inciting the mob.