The Spot Where Cyrus Mistry died Had Over 60 deaths this year, 100 km between Ghodbunder-Dapachari on Mumbai-Ahmedabad highway Proclaimed Deadly

This year 62 people were killed and 192 were injured in the car accident where former Tata Sons chairman Cyrus Mistry's car took place. 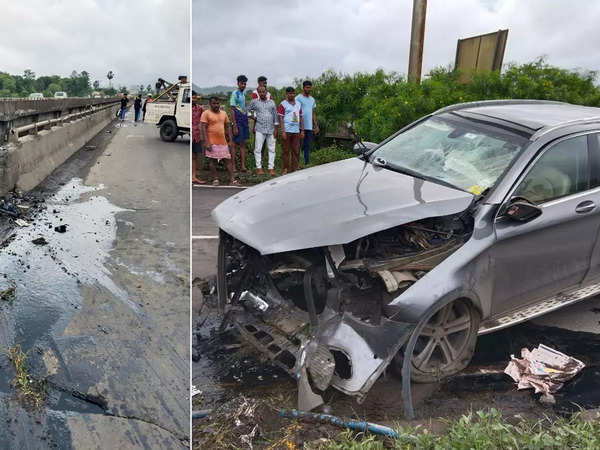 This year 62 people were killed and 192 were injured in the car accident where former Tata Sons chairman Cyrus Mistry's car took place. On the Mumbai-Ahmedabad highway, the 100-km stretch between Ghodbunder in Thane district to Dapchari in Palghar district has witnessed 262 accidents this year. Police say that accidents happen due to bad roads, lack of signals and lack of speed control measures.

A charoti black spot has been identified on the Mumbai-Ahmedabad highway. Most of the accidents take place on the road up to 500 meters from Charoti towards Mumbai. Here the road turns before the bridge over the Surya River, as the three-lane carriageway narrows into two, leading to Mumbai.