As per the latest findings of the Centre for Monitoring Indian Economy (CMIE), the second wave of Covid-19 and resulting lockdowns have so far impacted over 75 lakh jobs in the month of April 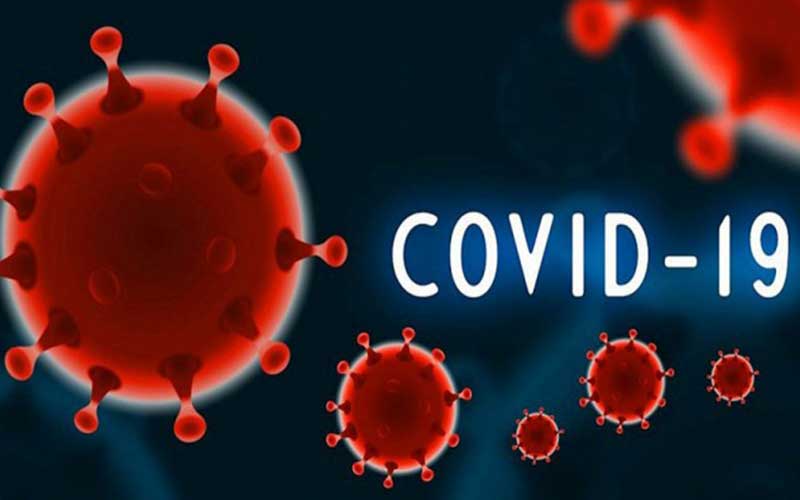 At a time when economists had started writing some positive trends in our economy, the second wave of Covid-19 has derailed almost all economic activities which were essential to catch up our economic growth. The negative impacts of the second wave are clearly visible now in some sectors and it will cast shadow on all economic indicators eventually.

As per the latest findings of the Centre for Monitoring Indian Economy (CMIE), the second wave of Covid-19 and resulting lockdowns have so far impacted over 75 lakh jobs in the month of April. Further, the S&P Global Ratings has slashed India's GDP growth forecast for the current financial year to 9.8 per cent. According to the ratings the second Covid wave may derail the budding recovery in the economy and credit conditions. However in March this year the US-based rating agency had forecasted GDP growth at 11 percent for India for the April 2021-March 2022 fiscal on account of a fast economic reopening and fiscal stimulus.

The Monetary Policy Committee (MPC) of RBI, in its latest meeting had projected the growth outlook of the Indian economy, “the projection of real GDP growth for 2021-22 is retained at 10.5 per cent consisting of 26.2 per cent in Q1, 8.3 per cent in Q2, 5.4 per cent in Q3 and 6.2 per cent in Q4”. Experts believe that at a time when policy makers were dubbing as a V shaped recovery, the second wave has put paid to all such hopes and from a V shaped recovery, we are now looking at an inverted V shaped recovery. However it may not be possible to write the exact impact of the second wave on our economy but what is certain that it will have huge impact and will take long time to recover from the damage done.

According to Sankarshan Basu, Professor of Finance and Accounting at the Indian Institute of Management Bangalore (IIMB), “The second wave of Covid 19 will exact a huge toll on the Indian economy and the biggest challenge is that the establishment is not even acknowledging the same. Last year, there was hope and with the relative (to the second wave) impact the economy was expected to turn around. Businesses had suffered but then once the restrictions were lifted the economy was seeing a slight turnaround – what policy makers were dubbing as a V shaped recovery. The second wave has put paid to all such hopes and from a V shaped recovery, we are now looking at an inverted V shaped recovery.”

“The need for oxygen is paramount but the diversion of all oxygen for medical purposes will also hit hard – something we are not yet seeing in the frenzy of the oxygen production. In my opinion, we shall see a significant contraction of the economy across all sectors and even if we get the vaccination process organized and the second wave contained,” said Basu.

While comparing the National Health Service facilities in UK and India and social welfare policies, Pritam Singh, Professor of Economics at Oxford Brookes Business School, Oxford Brookes University, Oxford, UK, said, “Covid everywhere has brought out in the open the inequalities in existing societies and have further reinforced those inequalities. This inequality enhancing aspect of Covid has been particularly striking due to the sharp inequalities in India caused by the absence of social welfare policies. In many advanced capitalist economies, there is a system of social welfare structures that act to weaken the blow of adversities on the most vulnerable. For example, the National Health Service facilities are available equally to every British citizen irrespective of their economic status. But in India, families and individuals are left to fend for themselves when faced with extreme adversities such as Covid-19.”

On the wider impact of second wave, Singh said, “In the second wave where a large number of deaths are taking place, these inequalities have assumed glaring dimensions where the poor are experiencing and witnessing the most degrading form of end to life. It is a myth that death is an equaliser. Dying with dignity and respect, and dying with neglect and degradation are two worlds apart. The long term impact of this glaring differentiation in death would cast a deep shadow over Indian economy, politics, society and culture”

On the likely impact and the way forward, Dr Amirullah Khan who is a development economist and former advisor to the Bill and Melinda Gates Foundation said, “The apprehension that the second wave will bring in further joblessness and wage cuts is not unfounded. In fact the recent estimate that 32 million middle class Indian have been pushed into poverty now seems to be an understatement. The number of the very poor has grown by at least twice that number and therefore e economic fallout of any kind of lockdown to counter the second wave is fraught with danger. But given the inevitability of some sectors of the economy again getting negatively impacted, there is a strong argument for a wage support program that was carried out in several countries last year.”

The immediate measures suggested by Dr Amirullah are: 1. The demand for a Rs 6000 a month job support to the 200 million most vulnerable people is not an unreasonable one and can be an effective solution for the problems the workforce will face when various kinds of lockdowns are imposed in different parts of the country. Denmark and United Kingdom have experimented with a furlough scheme that allows employers to keep their employees on leave for long periods of time. Germany allowed employees to work on a second job to make up for earnings and wages lost during the pandemic. There was also a string re skilling of the workforce that was rolled out almost all over Europe while the numbers were rising.

2. It is also important to not lose sight of the requirements of an economy that is beginning to look up. Just when sales are increasing and tax collections improving, this second wave will send consumption down again. It will be important to encourage consumers to spend that will happen when incomes rise. Job creation will be crucial especially as unemployment keeps mounting. With inflation rearing its head again, it will be a reluctant customer that needs to be encouraged to buy more durables, food and consumables. States need to be compensated and paid their dues quickly so they enable their markets to spur business activity.

3. Investment in infrastructure therefore comes across as a key solution. The government is already announced big measures of increasing infrastructure spend, With 500 billion dollars being allocated every year, this would constitute a significant stimulus to employment creation and consumer spending. The 37 lakh crores spend on public infrastructure projects, notable in rods and in railways will go a long way in solving the hardships faced by the economy. With an additional 30 billion dollars spend budgeted for healthcare infrastructure, there is certainly going to be significant excitement in this space and India grapples with and solves the problems that the second wave of the pandemic brings with it.

Surajit Sinha, Professor of Economics at Indian Institute of Technology Kanpur has pointed out some of the key areas to be focused on, they are: First, The second wave will nearly collapse the health facilities. Therefore, they have to be rejuvenated first including staff and supply. Second, the immediate effects will be much more on the daily wage earners, migrant workers and small businesses. Therefore, equally important is to locate them, provide them with financial help till they start functioning again. Third, have to invent and provide quick testing kits to all business units at a nominal price to be able to function safely. Daily tests may be required for all working units for their employees to keep out the infected ones. Fourth, investment in employment generating industries to provide skilled jobs for both men and women. For example, primary and secondary schools, traditional items that have potential or proven domestic and/or export markets. Fifth, investments in large and green projects like solar and wind power projects, aforestation and so on. Sixth, investments in marketing of farm produce for better income. Seventh, skill development of surplus agri labour to find alternative industrial and semi-industrial jobs. Eighth, restructure ITIs for various skill developments including entrepreneurial skills for graduates to start their own businesses after graduation. Ninth, investment in recycling and waste processing plants and technologies to achieve twin objectives of better environment, and employment cum income generation. Tenth, all investments should have a binding clause with an eye on minimum waste and environment friendly.