The proceedings of Lok Sabha and Rajya Sabha adjourned till Monday 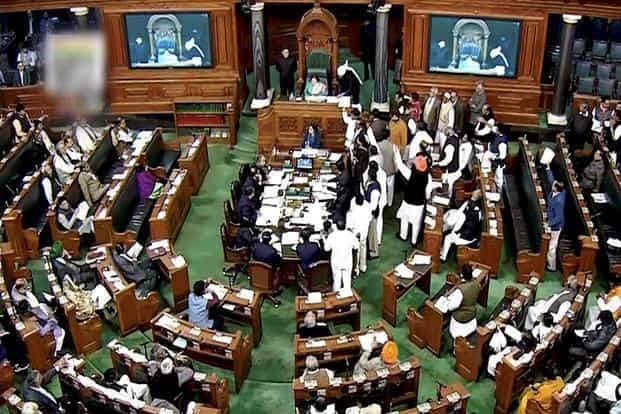 The commotion continues in the monsoon session of Parliament that began on 18 July. The opposition is creating a ruckus on the demand for discussion on inflation, unemployment, GST and Agneepath issue, while the ruling party seems to be avoiding discussion on these issues.

In the Rajya Sabha also, the opposition MPs started demanding a discussion on inflation. On this the Deputy Chairman Harivansh said that the Chairman of Rajya Sabha has said only yesterday that there will be a discussion on inflation from next week, so no notice will be accepted today. On this, the MPs of the opposition parties started a ruckus. In view of this, the proceedings of the house were adjourned till 12:00. Later it was postponed till Monday.

Meanwhile, BJP, while making its strategy in Parliament, has said that BJP will demand an apology from Sonia Gandhi in both the houses of Parliament. It was decided in the meeting of JP Nadda, Rajnath Singh, Arjun Meghwal, Piyush Goyal, Prahlad Joshi. Here, Congress MPs have demonstrated in front of the Gandhi statue in the Parliament complex. These MPs have demanded an apology from Union Minister Smriti Irani. They say that the way Sonia Gandhi has been treated, it seems that her mental condition is not good.