‘The pain of traitorous governments is in the heart, the heart is in trouble’: Sanjay Nishad over not getting a berth for his son in Modi’s Cabinet

Sanjay Nishad, the leader of the Nishad Party, a BJP ally, expressed dissatisfaction that his son, MP Praveen Nishad, was not selected in the Union cabinet following the reshuffle. 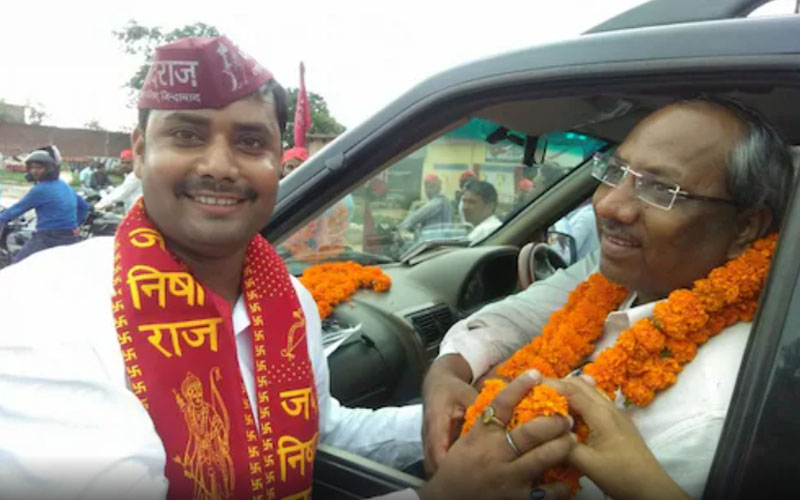 Modi cabinet has been expanded. Seven new ministers have been made from Uttar Pradesh in view of the assembly elections to be held next year. Anupriya Patel of Apna Dal (S) has also become a minister, but Nishad Party did not get anything. The Nishad Party is very angry with this. Sanjay Nishad said tauntingly that the pain of traitorous governments is in the heart, the heart is in trouble.

Sanjay Nishad, the founder of the Nishad Party (Nirbal Indian Shoshit Hamara Aam Dal), voiced dissatisfaction with his son, MP Praveen Nishad, not being inducted into the Union Cabinet. He questioned why Praveen Nishad could not be included in the Union Council of Ministers yet Anupriya Patel of Apna Dal (Sonelal) could. 'If Anupriya Patel of the Apna Dal (Sonelal) can gain a seat in the Council of Ministers, why can't MP Pravin Nishad?' Sanjay Nishad remarked. People from the Nishad group are already abandoning the BJP, and if the party does not correct its errors, there will be repercussions in the 2018 assembly elections.

Sanjay Nishad stated that Praveen Nishad's exclusion from the cabinet is a betrayal of the Nishad society, claiming that 18 percent of the Nishad society has been defrauded again and again, with precedence given to those who paid 4 to 5 percent. Praveen Nishad is a Member of Parliament representing Sant Kabir Nagar. Praveen was elected as an SP candidate in the Gorakhpur by-election in 2017. 'Those who could not gain their seat in the District Panchayat President, those who sought to oppose the BJP were given attention, while Nishad Samaj voted outright,' Nishad Party President remarked, referring to Anupriya Patel. A BJP-led administration has been constituted in Uttar Pradesh and at the central level with the help of NISHAD community, he said.

Sanjay Nishad's son Praveen Nishad ran for the Samajwadi Party in the Gorakhpur by-election in 2017. Upendra Dutt Shukla of the BJP stood in front of him. In Chief Minister Yogi Adityanath's stronghold of Gorakhpur, Praveen Nishad won. After that, he became well-known. Praveen Nishad, on the other hand, joined the BJP for the 2019 elections. Praveen Nishad was then handed a Lok Sabha ticket from the Sant Kabir Nagar constituency. In this election, he came out on top. Praveen Nishad is a member of Parliament for the Bharatiya Janata Party (BJP), and his father, Nishad, is the party's national president. If Praveen Nishad leaves the party in this situation, his membership may also be lost. This is why Sanjay Nishad is seen with the BJP at times and twitchy at other times.