The session of both houses of the Parliament – Rajya Sabha and Lok Sabha - was started on November 29 and was supposed to continue till December 23. 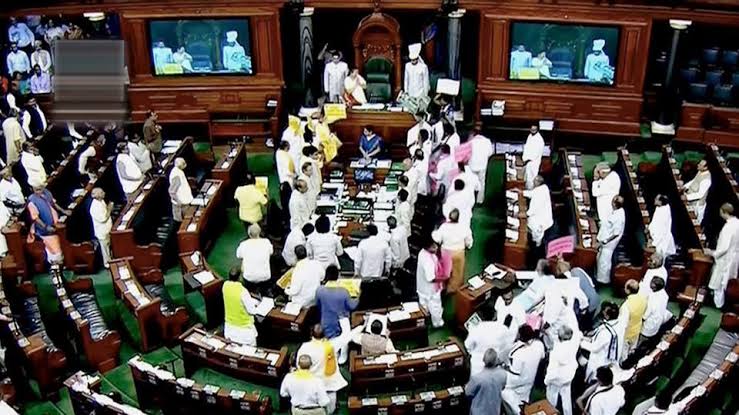 The Winter Session of the Parliament has been ended a day before its scheduled date amidst protests from opposition parties on the issue of suspension of 12 MPs from the Rajya Sabha due to allegedly unruly behaviour.

The session of both house of the Parliament – Rajya Sabha and Lok Sabha - was started on November 29 and was supposed to continue till December 23, however, due to disruption the Rajya Sabha Chairman Venkaiah Naidu and Lok Sabha Speaker Om Birla took a call to end the proceedings of the houses a day before.

Despite disturbances over several contentious issues, the Winter session witnessed 18 sittings and some of the important legislation, for instance, the Farm Laws Repeal Bill and the Election Laws (Amendment) Bill were passed.

Due to protests and disturbances from the Opposition parties, crucial bills one like the Election Laws (Amendment) Bill were not debated properly and passed in both houses in a hurried manner.

The major bone of contention between the government and the opposition parties was the suspension of 12 MPs as both sides didn’t show any sign of conciliation. While the government stood firm that till the time, these MPs will not apologise for their behaviour, their suspension would not be revoked.

However, on the other hand, the opposition stand was the since they tried to raise an important issue of resignation of Minister of State for Home, Ajay Mishra Teni, and for doing they didn’t violate any rule, hence they were not at fault.