This strategic move can be seen as part of what the Chief Economic Adviser had hinted sometime back as Banking to be “a part of Strategic Sector for Privatisation” or when sources close to the government insisted that India will reduce the number of state owned banks from 12 to 5. 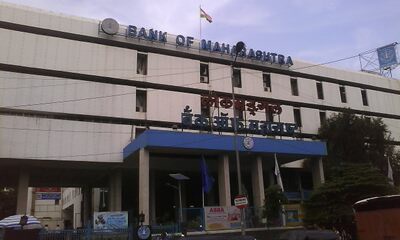 The Indian Preamble declares India to be a “sovereign, socialist, secular and democratic republic”. Modi Government has been accused of gnawing away chunks of this bit-by-bit. With growing persistence and in a determination to make “socialist” a historical relic, four Government-run Banks have been shortlisted for privatisation, according to new leaks making the rounds.

This strategic move can be seen as part of what the Chief Economic Adviser had hinted sometime back as Banking to be “a part of Strategic Sector for Privatisation” or when sources close to the government insisted that India will reduce the number of state owned banks from 12 to 5.

Under a new push by the present Government to sell state assets and shore up revenues, Bank of Maharashtra, Bank of India, Indian Overseas Bank and the Central Bank of India will soon be “put on the block”, the sources requesting anonymity shared with the media.

Since the move may be politically risky as the Banking sector provides lakhs of jobs and the Labour Unions in the sector are strong Modi Government has chosen the Tier-II banks first. Two of these Public Sector Banks will be for sale in the 2021-22 financial year and the next two in the coming year. If the sale happens in a manner that they are envisaging the coming years could see the same for the country's bigger banks, these officials added.

The actual privatisation process may take 5-6 months to start but apart from State Bank of India which is seen as a 'strategic bank' for implementing initiatives such as expanding rural credit, all others might be brought up.Caused by the pandemic, India's deepest economic contraction on record, is driving the push for bolder reforms.

The present Indian Government also wants to overhaul a banking sector reeling under a heavy load of non-performing assets, which are likely to rise further once banks are allowed to categorise loans that soured during the pandemic as bad