Mithun Chakraborty says he is a Cobra, capable of spilling dead bodies in the graveyard to fight 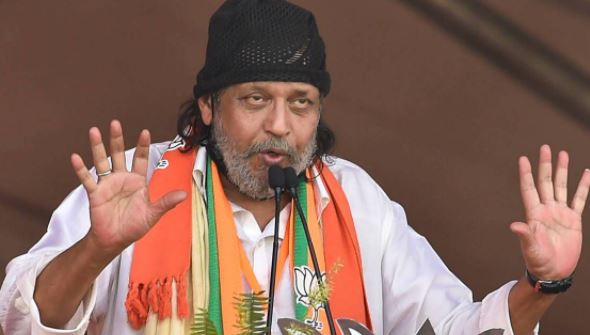 If this is the profile of an actor, how would you think of him/her? A responsible and respectable person?

Yes, and that’s what Mithun Chakraborty has been famed as throughout his career and personal life, especially because of his humanitarian work across the country.

The actor who won a National Award from his first film “Mrigya” way back in 1976 was rejected by the Hindi film industry many times for his complexion and Bengali-accented Hindi speaking skills, till he got a break as a disco dancer in the film of the same name in 1982 and became a star overnight due to the dance movements and songs that popularised him in India and Russia. It followed a chain of 30 hit films, and he virtually ruled the Hindi cinema world in the 1980s. He was for many years, the highest tax payer in Bollywood.

Widely known for his charity work, Mithun da, as he is lovingly known in the film world and was gravely respected by those who know him for his humanitarian work. He is even known to have owned a home at Mauritius for stray dogs, was another shocker to the people.

With this background, now read his words that he spoke in Kolkata today, after he joined the Bharatiya Janata Party (BJP) just a day ago in the presence of Prime Minister Narendra Modi and Kailash Vijayvargiya. He spewed venom on stage to an unreactive PM and applauding crowd.

While canvassing for this newly-joined party, he said in Bengali, “I am not a water snake. I am a Cobra. I am (hence) capable of spilling and throw dead bodies towards the grave yard during the election battle to defeat my (BJP’S) opponent (read Trinamool Congress’s chief Mamata Banjerjee). Ironically, Mithun, a Member of Parliament, was nominated by the same opponent for Rajya Sabha Assembly Polls in 2014. Though in 2016 he had to resign from Rajya Sabha after PM Modi won elections with a huge majority. After his words, a meme trail has been initiated by Mithun lovers in which most have shared his picture from a film in which he portrays a powerful eunuch, criticising him, while his hard core fans have had a heart ache.

Ninad Jadhav, a 40-year-old die-hard Mithun fan who has created two national records in his name – one of his all film audio cassettes and another of his film posters, book covers from across the wold, reacts like this, “I feel he used to and is still doing so much in philanthropy, that he doesn’t need a political outfit to do that. He is such a big actor that if he had appealed to the people just like that, people would have listened to him. It’s like when Amitabh Bachchan and Sachin Tendulkar request people to take polio drops, people do follow. He didn’t have to speak such undignified words that might provoke vulnerable minds. I am of course his die-hard fan, but not a blind one. I will criticise him for what he said wrong,” says Jadhav on a call from Madhya Pradesh.

Ninad Jadhav. a die-hard fan of Mithun who has made two two national records in his name, feels hurt of his hero's words

Another hard core Mithun fan Abhishek Wadhva (name changed on request), runs a dance academy in Delhi on the actor’s name, says that his students wish to dance like him, but he has had a change of heart today.

“I always keep a photo of Mithun sir in my purse. I took it out yesterday. I had a heart ache. He talks of dead bodies and shamshaan. He has played a hero in many films and beat up villain like hell. But this is not a film ground but a real field. If our heroes’ will speak like that, can I expect my impressionable-minded students to not get impressed with him?” He adds fuming, “being a former hero, the “actor should have refrained from using a filmi bhasha, incite similar reaction and garner applause from vulnerable crowd. For the time, my hero has fallen from my eyes. A hero has to be a saviour not a dead body spiller.”