The former athletics champion though tested Covid negative,  died of dipping oxygen levels, at PGIMR Hospital Chandigarh. He was 91. 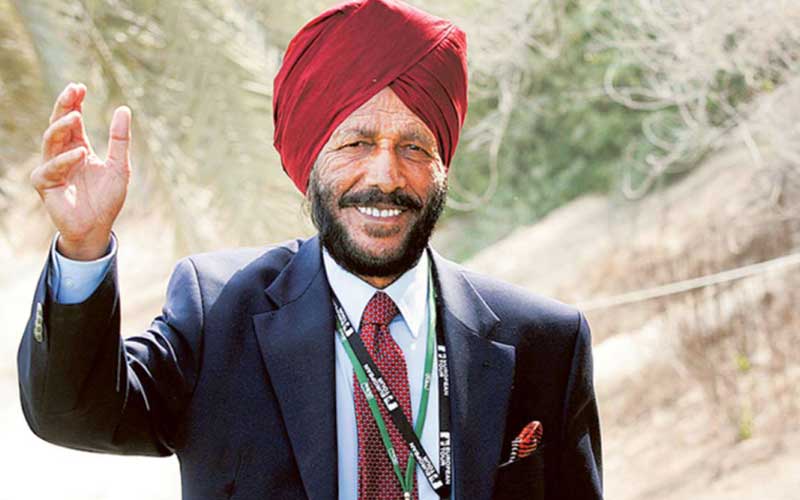 Milkha Singh, fondly known as the Flying Sikh for his mesmerising speed as an athlete, bids adieu to the mortal world today late night, and meets his wife Nirmal Milkha Singh, who passed away just five days ago.

The twain could not meet while she breathed her last at the hospital in Fortis Hospital as Singh was admitted at the ICU PGIMER, (Chandigarh) Hospital where he breathed his last due to Covid-19 complications. on Friday night.

Singh was 91, and he fought the virus for a month before he lost the battle to it. He had contracted the virus on May 20.

Singh is survived by three daughters; Dr. Mona Singh, Aleeza Grover, Sonia Sanwalka and son Jeev Milkha Singh. Golfer Jeev, who confirmed the news to the media, is a 14-time international winner, too. He is also a Padma Shri awardee like his father.

The Olympian had contracted the virus on May 20 after one of their family cooks tested positive and was admitted to a private Mohali hospital on May 24. Singh had been discharged on May 30 before he was admitted to the Covid ward in the Nehru Hospital Extension at PGIMER on June 3 due to plummeting oxygen levels. The former Indian athlete had tested negative for Covid-19 on Thursday and was shifted from the Covid ICU to the medical ICU at PGIMER, the media statement on the former athlete had informed.

India has an emotional relationship with Singh as he had elevated its sports stature to the global heights in 1960 at the Rome Olympic Stadium though he had missed the Bronze just the fraction of a second to Spence. He stood fourth in the 400m finals. Singh’s then-national record timing of 45.6 seconds at Rome was broken by Paramjeet Singh, as late as in 1998. While in 1958 in Cardiff he had won the Commonwealth Games and became the champion. Singh had trained in worst and totally local environment without proper shoes to run and less food to eat.

Born in Gobindpura (at present in Pakistan) on November 30, 1928, Singh holds the credit of the first Indian athlete to win gold in the then British Empire and Commonwealth Games in Cardiff in 1958.

This record made a shining Golden Jubilee, until Krishna Poonia bagged a gold in discus throw event in 2010 CWG, held in Delhi. Singh gleamed as the winner in the 400m final at Cardiff to Malcolm Spence of South Africa with a timing of 46.6 seconds.

The Flying Sigh had taken fitness very seriously. Even at 90, he was known to have been jogging for no less than two kilometres every day. He had tested Covid negative on Thursday but breathing trouble took his life a day later. Hindi film Director Rakeysh Om Prakash Mehra had made a period film on the superstar athlete in 2013 to an immense box office success. The film in which Farhan Akhtar plays the running icon, was about the agonising obstacles he overcame to earn the coveted title.

The nation bids tearful adieu to the proud runner.