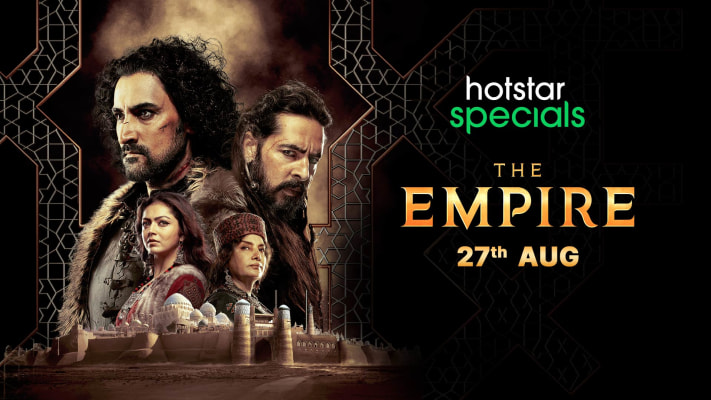 The Empire on Hotstar Specials is making all the right noise. The web series is based on Alex Rutherford's Empire of The Moghul: Raiders from the North. Nikkhil Advani and director Mitakshara Kumar are bringing together a stellar cast of Kunal Kapoor, Shabana Azmi, Drashti Dhami, Dino Morea, Aditya Seal, Rahul Dev and Sahher Bambba.

Today, the star cast of The Empire hosted a virtual press conference where they got candid about their upcoming Disney+ Hotstar series. Kunal Kapoor, who will portray King Babur in the series, states, "We have heard many stories about Babur and the Mughals, but very little about who they were, where they came from and how they came into India. In this fictional take, this is a character with a lot of complexities, and that is what intrigued me as an actor. The trailer is just a small glimpse into the world of The Empire."

Hotstar Specials The Empire director Mitakshara Kumar says, "When I started working on The Empire, I treated it like a movie and not a show which allowed me to step into the big frame and create an experience on a massive scale where every detail was minutely taken care of, as we do for movies. Seeing the tremendous response from all quarters on the trailer has instilled confidence in me that we have indeed created something special! Right from the costumes, dialogues, backdrop, everything was well thought through and holds the narrative.

The official synopsis of the series reads - The king of Ferghana dies in an accident and a young prince is now tasked with taking over the throne. It’s a time of great distress due to imminent danger from an evil warlord. An assassination attempt on the king that further deepens the worries about the vulnerability of Ferghana. The young king must now take responsibility for an entire kingdom.

Director Mitakshara Kumar has written the series with Bhavani Iyer. It will release on Disney+ Hotstar on August 27, 2021.