The sports fraternity has a huge day coming on the fourth Sunday of October. 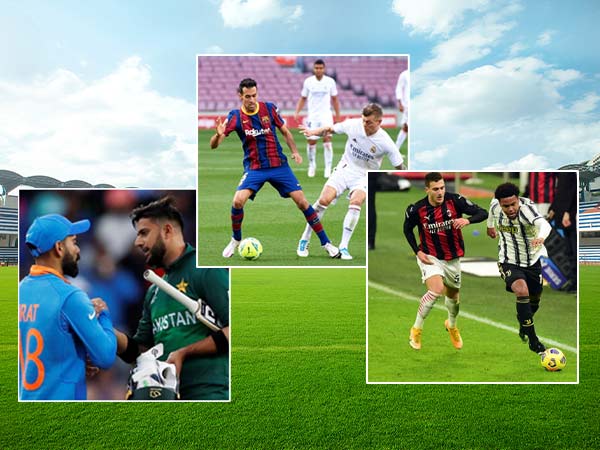 The term super Sunday seems to be an understatement. Lovers of sports are set to be spoilt for choice on 24th October. It is going to be a huge Sunday. With all the sporting disciplines slowly finding their feet after the disruption caused by the COVID-19 pandemic, the sports fraternity has a big day on the fourth Sunday of October.

24th October is set to host a range of remarkable clashes be it the Men's T20 World Cup, in the La Liga, Premier League, Serie A, or Issue 1. Ronaldo already made an exit from the Spanish League, Ramos and Messi moved to the Ligue 1.

In Serie A, two champion teams in Juventus and Inter Milan will meet on that day itself. Iner Milan had clinched the Italian Champions title last season, Juventus will be checking to get the title back with Cristiano Ronaldo making it clear that he is very much part of the Juve squad at least for this season.