Approximately 19 crores Indians are forced to sleep in a state of hunger.India was ranked 94th out of the 107 countries in Global Hunger Index 2020. With a score of 27.2, it was in the ‘serious’ hunger category. 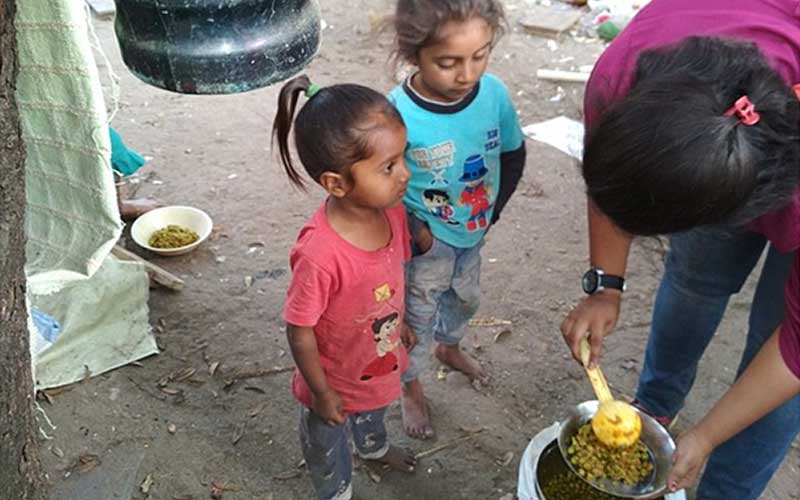 It has been 8 years since the enactment of the National Food Security Act,2013 which was aimed to provide subsidized food grains to two-thirds of the population, India’s population is still in a state of hunger. India features behind Nepal (73), Pakistan (88), Bangladesh (75), Indonesia (70). SDG 2 of the United Nations aims to achieve ‘zero hunger’ by the year 2030 while the way ahead for India seems to be tough.

According to a new UN estimate, about 690 million people worldwide were undernourished in 2019, accounting for 8.9% of the global population.The United Nations warns that unless efforts are made to restructure global food systems, the UN's goal of achieving zero hunger by 2030 would be missed.In 2020, the pandemic might add between 83 and 132 million people to the world's undernourished population.

Amid this pandemic, there has been a significant decline in the earnings of the vulnerable sections. This led to the worsening of the situation among the most downtrodden. According to the GHI report, 14% of India’s population is undernourished. National Family Health Survey affirmed that eighteen of the 22 states and Union Territories (UTs) saw an increase in the percentage of stunted, wasting, and underweight children under the age of five in 2016-17, undoing decades of improvements. Another report by the Indian Council of Medical Research (ICMR), Public Health Foundation of India (PHFI), and National Institute of Nutrition (NIN) show that 2 out of 3 child deaths in India are due to malnutrition. India accounts for the second-highest number of stunted children in South Asia i.e. 38% after Afghanistan (41%). A report by World Bank shows that the wasting of food in India is highest at 21% followed by Srilanka and Bangladesh.

Governments, private actors, and non-governmental organizations (NGOs) should carefully coordinate their responses to overlapping food and health crises, as well as collaborate with community organizations to ensure that interventions are culturally acceptable, reach the most vulnerable, and preserve local ecosystems.Governments should make maternity and child health care more accessible, as well as nutrition and child feeding instructions should be a part of mainstream media.Food should be valued not only based on its weight or volume, but also based on its nutritious density, contamination-free status, and contribution to ecological services and social justice.