Thailand fire: A massive fire breaks out in a pub in Bangkok, killing 13 and injuring dozens

According to the police, the information about the fire at Mountain Bee Pub was received at 12.45 pm on Thursday. Officials said several eyewitnesses reported smoke and flames coming out of the roof near the pub's stage after hearing the explosion. 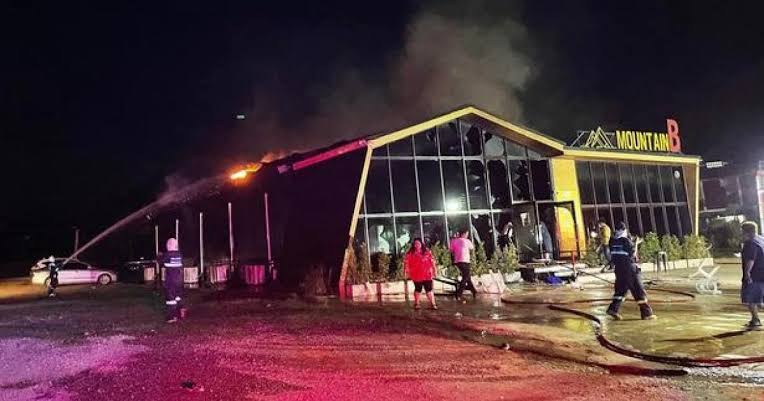 At least 13 people were killed and several others injured after a massive fire broke out at a pub in Thailand on Friday morning. In a viral video on social media, people are seen running out of the pub, while thick black smoke is coming out of its door. Within a few moments, the door of the entrance door suddenly seems to be engulfed in flames, burning the clothes of many people who came out.

Rescue workers said at least three dozen people were injured in the incident. According to a local police official, the fire broke out at the Mountain Bee pub in Sattahip district of Chonburi province, 160 km southeast of Bangkok, and the cause is under investigation. The owner and staff of the pub are recording their statements at the police station, while the forensic team is collecting evidence from the spot, he said.

According to the police, the information about the fire at Mountain Bee Pub was received at 12.45 pm on Thursday. Officials said several eyewitnesses reported smoke and flames coming out of the roof near the pub's stage after hearing the explosion. An eyewitness named Nana said, “The singer must have also seen smoke and flames coming out. That's why he shouted about the fire and threw his mic." The lady waiter Thanyapat Shornsuvanahiran said, “I told the customers that there was a fire in the pub. I was standing near the door, so I showed them the way out. I kept shouting fire and fire and the security personnel were also helping people to get out.”

Police chief Athasit said that the pub had three entrance gates. First - on the front side, second - for unloading goods near the cashier and third - on the back side. According to Thailand's state television channel 'TPBS', the back entrance is often closed. A DJ at the pub, speaking on condition of anonymity, told PPTV that the fire spread rapidly, about a minute after the explosion was heard and the pub windows shattered. According to the channel, it took firefighters more than two hours to douse the fire.