Tesla's Downfall in China Shows the Reality of Betting on Beijing

The Chinese authorities ordered a recall of nearly all of the cars Tesla sold in the country last month – more than 285,000 in total – to repair a software problem. 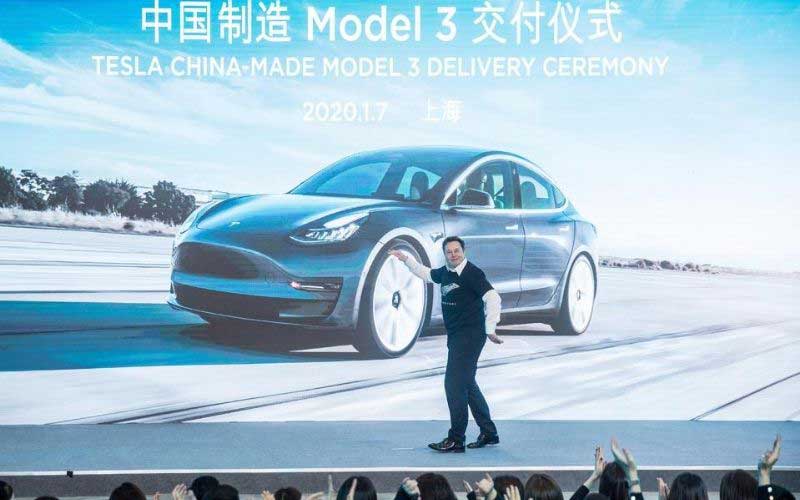 Huang Jiaxue, a businessman from Wenzhou, Eastern China, was overjoyed when he received his Tesla Model 3 late last year. The car was attractive, ecologically friendly, and even manufactured domestically, having rolled off the assembly line at California-based Tesla's massive facility in Shanghai. There is little to no substantial evidence that the brakes in Tesla's China-built vehicles are defective.

Following red carpet treatment from government officials, who approved Tesla the unprecedented concession of allowing it to fully control its local subsidiary, the carmaker is now being compelled to rethink its strategy, from customer service to PR, in such a market critical to Musk's long-term ambitions.

The Chinese authorities ordered a recall of nearly all of the cars Tesla sold in the country last month – more than 285,000 in total – to repair a software problem. Tesla appears to have underestimated the depth of its relationships to the country's leadership, a blunder that could jeopardise the company's growth prospects in its second-largest market. The State Administration for Market Regulation, China's most prominent market watchdog, summoned executives in February to discuss what they said were quality and safety issues in Tesla vehicles, including instances of anomalous acceleration and battery fires.v

Following the meeting, Tesla released a grovelling statement, saying that company had "sincerely accepted the advise of government authorities" and "seriously reflected on deficiencies."

If someone at Tesla thought that reaction would keep consumer complaints from becoming a major storey, they were quickly let down. A woman organised a single protest at the Tesla exhibit at the Shanghai Auto Show in April, claiming that a brake failure in her Model 3 had caused a crash, nearly killing four of her family members. She was soon taken away by authorities after climbing on top of a vehicle wearing a T-shirt that stated 'brake lost control' in Chinese.

Tesla's immediate reaction was confrontational, with external-relations chief Grace Tao claiming the woman was being misled by others.

Earlier centred on state-run media, Tesla is now attempting to build connections with auto-industry media outlets and influencers on platforms such as Weibo and WeChat, for instance, by inviting them on production plant tours and holding group "discussion sessions" with policymakers, consumers, and media outlets. Simultaneously, several sources familiar with the strategy shift claimed that the revamp is pulling Tesla's senior Chinese executive, Tom Zhu, more directly into the company's relations with the outside world. Zhu, a technical specialist who joined Tesla to help build out its mainland charging network, has no experience in public or government relations and has spent the most of his time in production and sales. The impact of the brake battle and Tesla's other Chinese woes on sales is unknown.

Although Tesla's Chinese shipments increased over 30% in May, owing mostly to strong demand for the Model Y sports utility vehicle, such figures would reflect orders placed months earlier.

Despite the fact that Nio, Xpeng, and other Chinese auto firms' developing technological competency means Tesla's role is likely not as important as it previously was, it's 'still a symbiotic connection,' said Tu Le, a former Ford Motor Co. executive. "The Chinese government needs Tesla to inject excitement to the sector," he stated, in order to meet its ambitious ambitions for electrifying transportation. It will take a few more months of sales statistics to decide whether Tesla is actually on the verge of a downturn in the world's largest car market, or if it has simply hit a series of speed bumps. If it comes out to be the latter, it'll be thanks in part to the dedicated following Tesla has established in the country - the kind of group of super-fans that helped push the company's success in the United States.