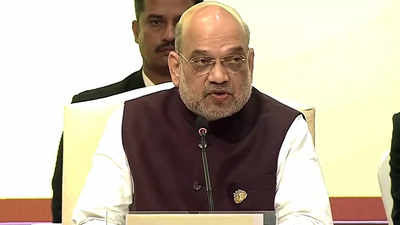 Describing the financing of terrorism as a bigger threat than terrorism, Union Home Minister Amit Shah said on Friday that it should not be linked to any religion, nationality or group.

Addressing the third ministerial conference on counter-terrorist financing on the theme 'No Money for Terror' at Hotel Taj Palace in the capital, Amit Shah said that giving protection to terrorists is tantamount to promoting terrorism. And it is the collective responsibility of all the countries that such elements and such countries should never succeed in their intentions.