Rescue, search and relief efforts were impeded by debris filled roads, collapsed bridges, power cuts and sea routes experiencing high waves. The death toll is expected to rise as the scale of the disaster unfolds. 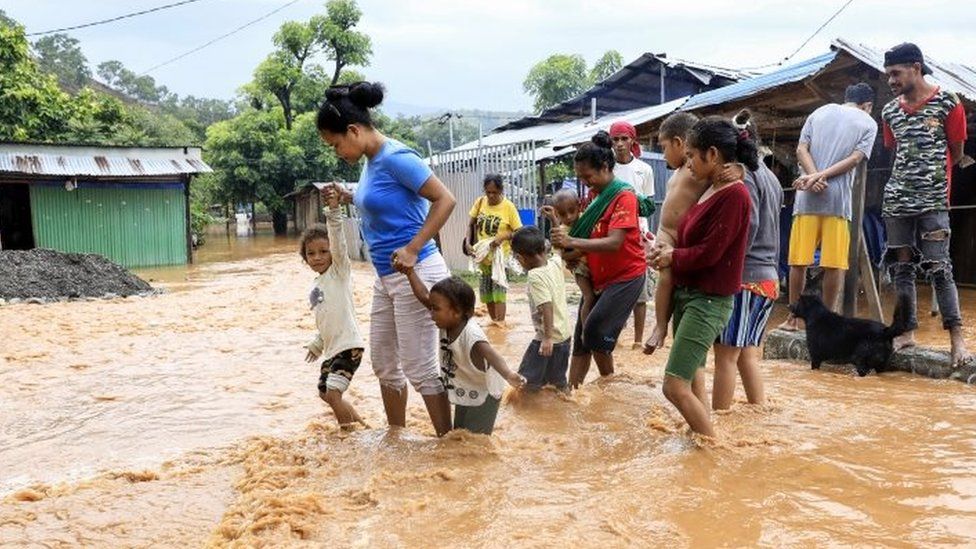 According to the disaster agency BNPB, the number of deaths from floods and landslides caused by tropical cyclone Seroja in a group of islands in southeast Indonesia has risen to at least 71 with 40 people still missing.

Radiya Jati, the spokesperson of BNPB said, "We're sending basic logistical needs such as food, blankets and others."

On early Monday according to Indonesia's weather agency, the Seroja cyclone ran aground in the Savu sea southwest of Timor Island and will be bringing with it more rain, waves, and winds.

Rescue, search and relief efforts were impeded by debris filled roads, collapsed bridges, power cuts and sea routes experiencing high waves. The death toll is expected to rise as the scale of the disaster unfolds.

Alfons Hada Bethan, head of East Flores disaster agency said, "We suspect many people are buried but it's not clear how many are missing," he further added, "The evacuees are spread out. There are hundreds in each sub district but many others are staying at home. They need medicine, food, blankets."

The ravage caused by the floods and landslides spreads from Flores island in Indonesia to East Timor region. While most of the victims are thought to belong in Dili, the capital of East Timor.

President Joko Widodo in a national address said, "I understand the deep sorrow suffered by our brothers and sisters because of this disaster," he further informed, "I have ordered for disaster relief efforts to be conducted quickly and well, for example for health service assistance, availability of logistics and basic needs for the displaced and the reparation of infrastructure."

Seasonal rainfall is the cause of most of the regular landslides and flooding causing the people each year in Indonesia, which is essentially a cluster of 17,000 islands housing millions of people.