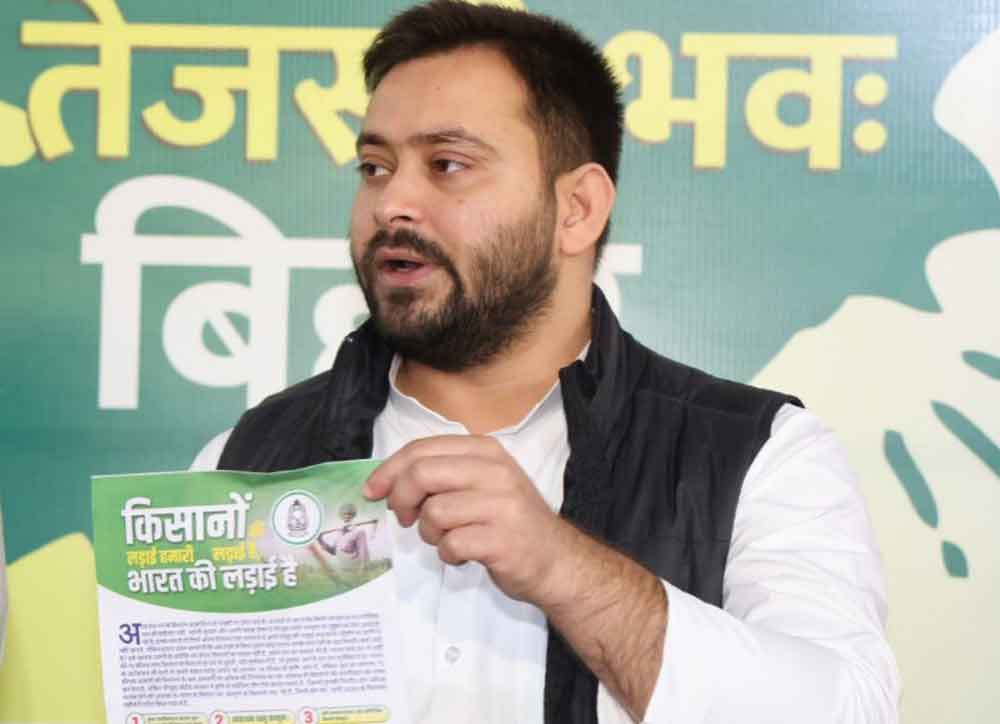 Bihar did away with the Agricultural Produce Market Committee (APMC) Act in 2014. Yadav has alleged that the withdrawal of this law is the main reason for the plight of farmers in Bihar.

Punjab and many other states still have APMC Act but the three farm laws passed by the Centre will repeal it and introduce many other new changes.

He says that both are agriculture states but there is a huge difference between the income of the farmers.

The former deputy chief minister of Bihar held that the withdrawal of APMC act is responsible for this and said that had the act not been removed, the farmers wouldn’t have become like a labourer in the state.

Yadav cited the Bihar example to send across a message that doing away with the agriculture committee act is not in the interest of the farmers.

This is not the first occasion when Tejashwi Yadav has attacked the Nitish government in the state and NDA government at the Centre on the issue of the three farm laws.

He has been demanding the withdrawal of the three farm laws since the beginning. He believes they are anti-farmers.

Before this, he had said that in every district his part would organise Kishan Goshthi (farmers gathering) and spread awareness among farmers about these three black laws.