In a major development, the North East Team of Special Staff apprehended a Criminal involved in cases of Murder, Attempt to Murder, Obstructing Public Servants in Discharge of Public Functions, Robbery, and Snatching. 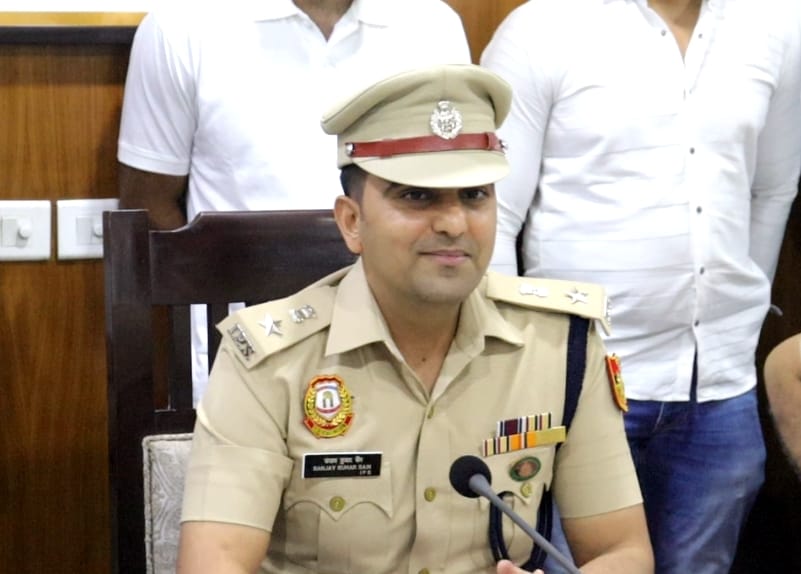 In a major development, the North East Team of Special Staff apprehended a Criminal involved in cases of Murder, Attempt to Murder, Obstructing Public Servants in Discharge of Public Functions, Robbery, and Snatching. The accused has been identified as Almas Khan, whose name was reflected in over 12 criminal offenses. One Semi-Automatic Pistol and 02 live rounds were recovered from the possession of the accused.

According to Sanjay Kumar Sain, the Dy Commissioner of Police, North-East District, New Delhi, A Team of Special Staff was working to solve the incident of bike jacking reported in the area of PS Shastri Park scanned a number of CCTV to trail the route of the suspects/accused persons. Meanwhile, an incident of bike jacking was reported in East District, Preet Vihar. Modus Operandi in both the incident was looking similar.

In the effort to link the dead ends of criminal incidents, the team under the supervision of Inspr. Ajay, Inspector of the Special Staff and guidance of ACP/Ops. also examined the CCTV footage of the incident of PS Preet Vihar. It was found that the bike which was jacked from East District has been prosecuted/seized by traffic police near Durgapuri Chowk.

After cumbersome efforts in scanning CCTV footage, the team was able to extract the image of the person who was driving the bike while prosecuted by traffic police. This information was developed further to establish the identity of the bike jacket and more information was gathered about the suspect through technical surveillance and human intelligence.

In a Police raid, the spot of which was zeroed in with surveillance, bullets was fired toward the Police Personnel. Not only that, the moment the Police reached the spot, which was on the fourth floor of the building, three ladies opened the door abruptly, and behaved abruptly with the Police.

Following the firing of the bullet, foreseeing no other option, SI Akhil, Spl. Staff retaliated in self-defense and for the safety of other team members. The bullet hit the person who was later identified as Almas Khan. The police personnel overpowered him along with his associate whose identity was later established as Junaid. The injured was immediately shifted to the JPC hospital.