This has occurred while Team India had been on a break since the World Test Championship. One of the two players who tested positive for Covid has recovered, while the other will be tested soon. 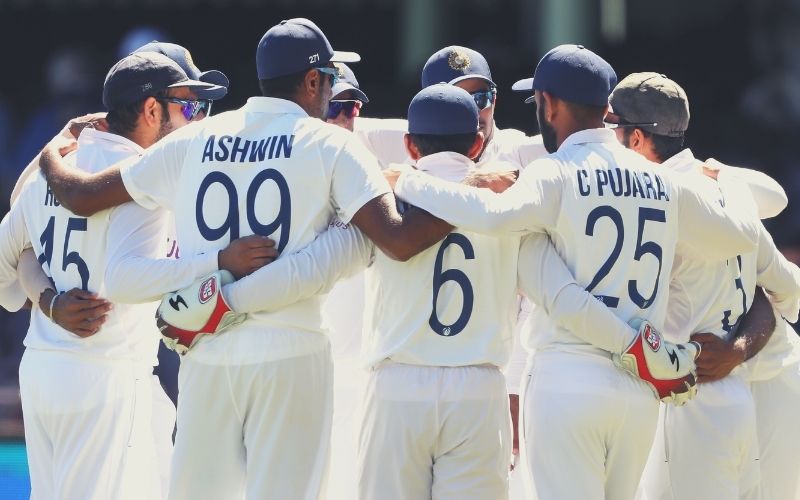 Shocking news from the Indian cricket team has emerged before the commencement of the England test series 2021-20. Two players of Team India were found COVID positive.

This has occurred while Cricket Team India had been on a break since the World Test Championship. One of the two players who tested Corona Positive has recovered, while the other will be tested soon.

According to sources, both players experienced moderate symptoms such as chills and coughing. However, both conditions are under control. Following a positive result, one player was confirmed to be negative in the test, while the second player will be tested on July 18. The player will be in isolation for the tenth day on July 18.

Moreover, the second player's test will be held on Sunday, India vs England Test News, and if the results are negative, that player will join the rest of the team's camp.

If we consider Team India's strategy, all of the players have collected in London and will now travel to Durham. Only the player who is feeling good right now will stay. Before entering the bubble, all participants were tested.

As per the report, the players had their second dose of the vaccine 3-4 days ago. The players were advised in a letter from the BCCI that they were not barred from visiting Wimbledon or the Euros.

According to sources, there is no cause for alarm ahead of England's Test series. Since all of the players are fine, following the regulations, and are tested on a regular basis.

Note that the first Test against England will be held in the first week of August. Before that, the Indian team must play a county match, which will be a three-day practise match, beginning on July 20.

Rishabh Pant, an Indian wicketkeeper-batsman, has tested positive for Covid-19, according to the latest updates. A few days ago, the star Indian batsman was seen taking pictures with fans at Wembley Stadium.

Pant was criticized by fans for not wearing a mask in such a crowded area, and it turns out that they were correct. Pant tested positive for Covid-19, according to reports, although he is asymptomatic.

Previously, he went to Wembley Stadium along with Jasprit Bumrah, and Hanuma Vihari to watch some Euro 2020 action. In fact, Ishant Sharma was also spotted with his wife visiting a waterfall in the UK.