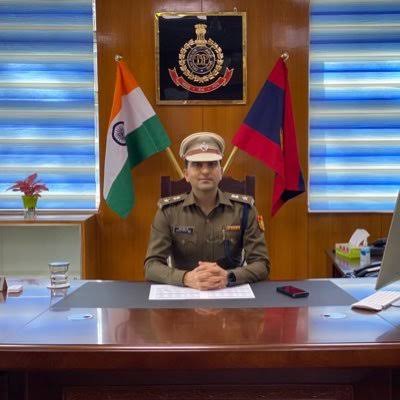 Sanjay Kumar Saini Deputy Commissioner of North East Delhi Police has released the following information.During scanning and analysis of CCTV images of the area during the investigation of a burglary report received FIR No.000417 / 21 dated on 13.11.21 u/s 379 IPC, PS Harsh Vihar , Delhi police squad targeting a Renault car, the registration number of which was not visible. The same was shared with the different groups for identification. The diligent and painstaking efforts have paid off, and the police team has an idea.

11.17.21, on the basis of the AATS / NE secret information team composed of Inspr. Ajay Yadav I / C, AATS / NED, SI Manoj Solanki, HC Rajdeep, HC Vipin Tyagi, HC Rajeev, Const .Nitin, Const.Deepak and Const.Pavit under the supervision of ACP / Operations / NED, sets a trap on the road to Sevadham near Sivani Dharm Kanta, Harsh Vihar, around 10:30 p.m. on the instance one person, Sonu S / o Samshudin R / o New Semapuri, Delhi, aged 42, was arrested. He is the brother of Toni a BC of PS Seemapuri, at his request, a Renault Scala Car No.DL13C5706 used in the commission of the crime was recovered and loaded with the stolen metal i.Copper, Aluminum. Two person has been arrested , one of them is Sonu and the name of the other guy is Naushad. 15 FIR Cases have been worked out.