With exit polls expecting a landslide win for the DMK, which has been in opposition for ten years, the result is crucial for the governing AIADMK, which dismissed the forecast and expressed hope in retaining power for the second time. 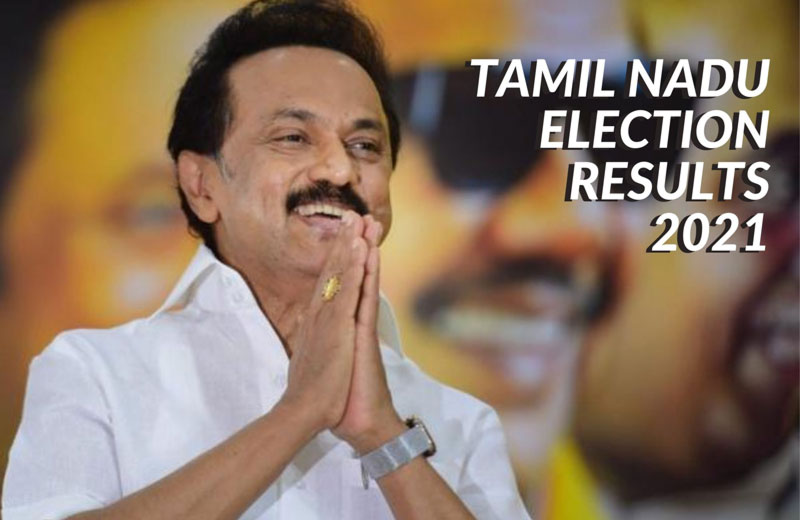 The 234-seat Tamil Nadu election of 2021 is currently being tallied. In 136 assembly constituencies, the DMK-led alliance led, followed by AIADMK in 93. The M K Stalin-led alliance had a convincing win in all exit polls. Both Dravidian parties in Tamil Nadu, the AIADMK and the DMK, went into the election without their stalwarts J Jayalalithaa and M Karunanidhi. If the All India Anna Dravida Munnetra Kazagham (AIADMK) maintains control, Chief Minister K Palaniswami and his deputy O Panneerselvam will cement their place as Jayalalithaa's successors, even though the AIADMK faces an uphill task, particularly after the rout in the 2019 Lok Sabha election, when the DMK-led alliance won 38 out of 39 seats.

When Jayalalithaa defied the anti-incumbency surge in 2011 and 2016, the AIADMK won consecutive elections for the first time in nearly three decades. Following a narrow loss in the previous assembly election, where many exit polls predicted his party's victory, Dravida Munnetra Kazhagam (DMK) leader MK Stalin led a resolute election campaign this time, touring the state extensively to take on the ruling AIADMK. The AIADMK's party, the BJP, is contesting 20 seats after failing to win any in the previous elections. PMK, another AIADMK ally, is running in 23 constituencies.

The Congress, an ally of the DMK, is in the fray in 25 Assembly segments. The Makkal Needhi Maiam-led coalition of actor-politician Kamal Haasan is also in the race.

Rajinikanth, the Tamil film superstar, lauded DMK chief M K Stalin on his party's outstanding success in the state elections "I extend my heartfelt congratulations to my friend MK Stalin, who worked tirelessly to win the recently concluded assembly election. I wish him good health and long life. He should gain notoriety and notoriety by leading a government that satisfies people from all walks of life."

The results will be announced by the end of the day. Stay tuned for Tamil Nadu election results 2021 updates.