Tabu is all set to shoot for Drishyam 2

Drishyam was one of the most successful film's from the Malyalam film industry. Two years later the film was remade In Hindi and was a blockbuster. 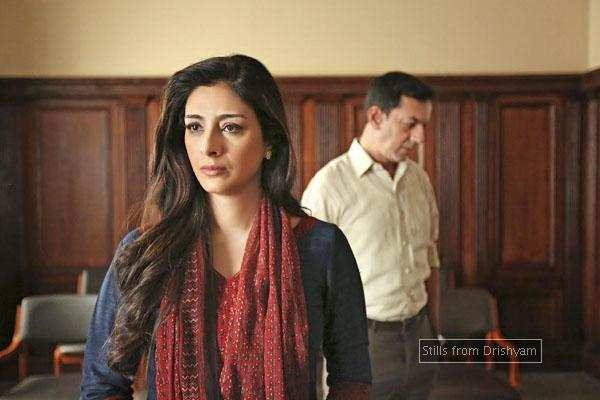 Here comes the most exciting news for fans of Tabu .She will start shooting for Drishyam 2 along with Ajay Devgan and Shreya Saran soon . The news about Tabu's shooting has been confirmed by a source.We can't wait to see tabu in action as Inspector Meera Deshmukh, in the upcoming sequel of the superhit film "Drishyam".

Drishyam was one of the most successful film's from the Malyalam film industry. Two years later the film was remade In Hindi and was a blockbuster.

The story of the movie revolves around a family who is trying to cover up the murder of the boy who happened to be the son of the inspector.Tabu's role as the tough cop who left no stone unturned in the search of his son 's murder.

Drishyam sequel will be directed by Abhishek Pathak and is expected to go on floors by December.Ajay Devgan is currently with the shoot of his OTT debut Rudra. Tabu is currently shooting for Bhool Bhulaiya 2