Actress TaapseePannu's upcoming film 'HaseenDillruba' will be releasing on Netflix. The movie is based on a Murder. The poster of the movie stands unique. 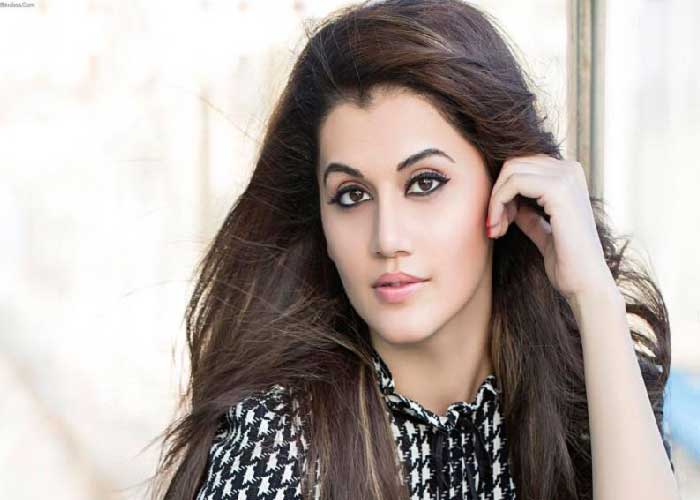 Bollywood Actress,TaapseePannu, is gearing up to meet us as HaseenDillruba. On Thursday, the makers of the upcoming thriller announced that the movie will have its digital release on Netflix on July 2. Taapsee, along with the team, revealed the news with a short clip of the film's title montage on social media, which most of the people viewed and liked.

As the movie trailer , “KahaniAashiqana. Raaz Katilana. #HaseenDillruba coming soon. Only on Netflix. #TheUltimateKaunspiracy," Taapsee gave us a glimpse into the world of HaseenDillruba, which has been directed by Vinil Mathew and written by Kanika Dhillon. Taapsee and Kanika had previously collaborated with them in Manmarziyaan, where she played the role of Rumi.

In a previous poster unveiled in December 2020, we see Taapsee's blood-stained feet, as her caption read, "I may be bad, but I'm perfectly good at it, stepping into the world of #HaseenDillruba. Can't wait for you guys to meet HER in theatres." HaseenDillruba also stars Vikrant Massey and Harshvardhan Rane. Filmmaker Aanand L Rai is producing the movie through his banner Colour Yellow Production, collaborating with Eros International and Himanshu Sharma.

"HaseenDillruba is a murder mystery within a twisted love story, a genre we have not explored before. Looking forward to entertaining and engage the audience with this edgy script." Harshvardhan Rane shared two clicks from the set of HaseenDillruba, expressing his excitement for the upcoming film.

In his caption, we wrote, "Very excited about JUNE as it will be all about #HaseenDillruba on @netflix_in in a month or two (official date yet to be announced). My first film with #netflix. I don't know how I even got selected for this film as it has two of the best actors in the country! Guess I should thank my director, and he mentions their names, as people have viewed the trailer. They like to watch in time of Covid -19 people watch movies online platforms like Netflix, Amazon Prime, etc.

These are the most popular platforms on which films are launched so, Taapsee's upcoming movie may rock on the Bollywood platform.