Taapsee Pannu gear up for her next Telugu film ‘Mishan Impossible’

Taapsee Pannu, who has received critical acclaim for her portrayal in Netflix's Haseen Dillruba, will next be seen in Mishan Impossible, a Telugu film. 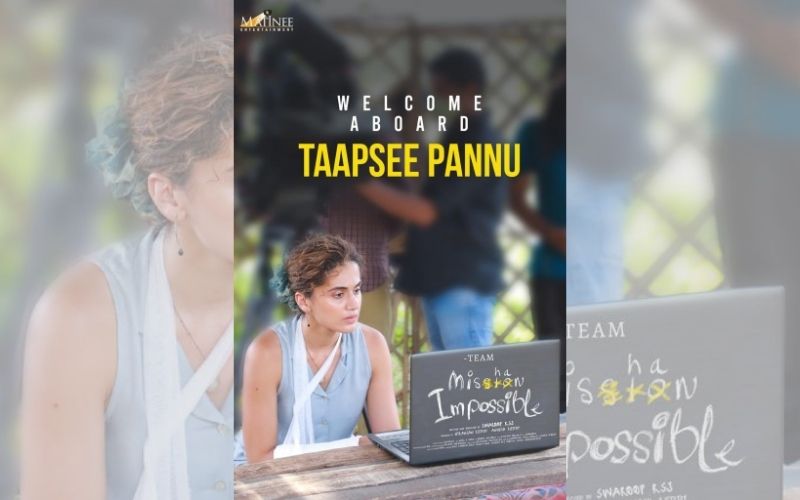 Taapsee Pannu, who made her Telugu cinema debut in Jhummandi Naadam, is back with another intriguing film titled Mishan Impossible. The film, directed by Swaroop RSJ of Agent Sai Srinivasa Athreya fame, would be set in Tirupati, Andhra Pradesh, and would revolve around bounty hunters.

Taapsee Pannu, who has received critical acclaim for her portrayal in Netflix's Haseen Dillruba, will next be seen in Mishan Impossible, a Telugu film. The film, produced by Niranjan Reddy and Anvesh Reddy, would feature the Judwaa 2 actress in yet another unorthodox role. According to sources, after hearing this gripping story, Taapsee was ecstatic to star in a Telugu film. Reportedly, Mark K Robin will compose the film's music, which will be set in a secluded village in Tirupati, Andhra Pradesh. Taapsee's last Telugu film was Neevevaro, which came out in 2018. And, after nearly three years, fans are thrilled to see her in a Telugu film.

The production team announced the news on its official Twitter account, writing, "Without her, this 'Mishan' would be 'Impossible.' We are thrilled to have the incredibly talented @taapsee on board for #MishanImpossible."

The film's poster released by the filmmakers depicts Taapsee totally engrossed at a laptop screen with her injured right hand in a sling.

“I am always on the lookout for stories that I would like to see as a viewer,” Taapsee says. " Mishan Impossible is one such film with an intriguing plot. I want to restore the audience's trust in me by selecting high-quality films.”

In addition to this, Taapsee will next be seen in – 'Rashmi Rocket,' 'Loop Lapeta,' and 'Shabaash Mithu.'