T20 World Cup: Despite a victory over Afghanistan, India's road is not easy

India and Afghanistan were facing to face Abu Dhabi on Wednesday in the ICC T20 World Cup 2021 being played in the United Arab Emirates and Oman. India entered this match with a do-or-die situation as well as if-buts, buts, and possibilities of some ups and downs. 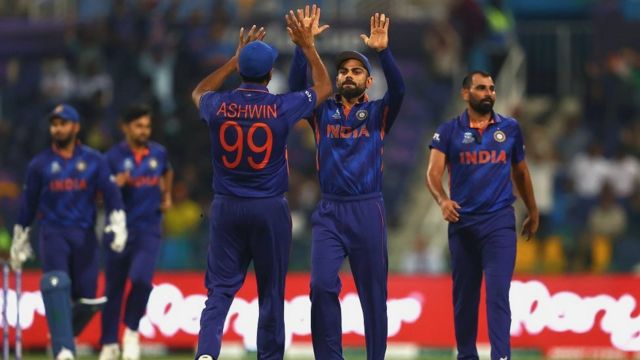 Stats keep changing in cricket. The ICC Champions Trophy held in the year 2017 is a witness to this when Pakistan managed to become the champion by proving all the equations right. That too by defeating India in the final.

Well, what happened then happened, but this time all the equations to be in line with India seems far-fetched. India itself is responsible for this condition as it lost to Pakistan by ten wickets and then to New Zealand by eight wickets.