T Raja Singh was taken into custody, was granted bail after his arrest on Tuesday 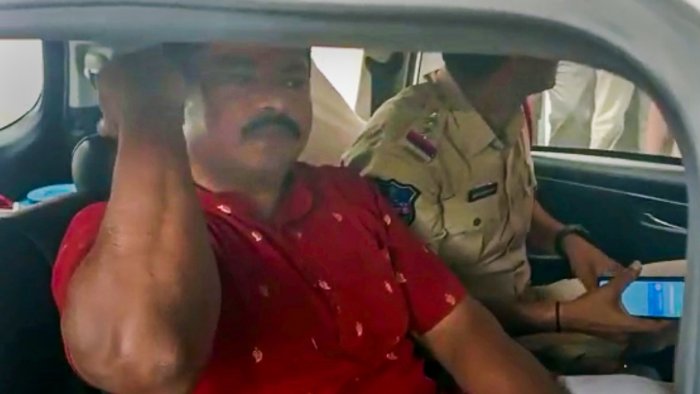 Suspended BJP leader Raja Singh has been taken into custody by Hyderabad Police. He was facing strong opposition after the controversial remarks. According to Hyderabad Police, suspended BJP leader T Raja Singh has been detained under the PD Act. Out of 101 criminal cases registered against him, he was involved in 18 communal offenses. Mangalhat police implemented the order of PD on him. He is being lodged in the Central Jail, Cheriyapalli.

Earlier T Raja Singh was arrested on Tuesday. After this, he was granted bail from the court late in the evening. After the bail, there was a ruckus in Hyderabad. In protest against the bail, the furious people demonstrated throughout the night from place to place. Meanwhile, Raja Singh's lawyer was also threatened with death over the phone.

Protests took place in Hyderabad since Monday night itself. There was a demand for Singh's arrest then, but after getting bail after his arrest, on Tuesday night, the crowd raised slogans of 'gustakhe nabi ki ek jaazna, head tan se juda'.

Suspended BJP MLA T Raja Singh is the MLA from Goshamahal. A case was registered against MLA Singh at Dabirpura police station in Hyderabad under several sections including IPC sections 295(a) and 153(a). The court had earlier sent him to judicial custody for 14 days, but later withdrew the order and granted him bail.

MLA Singh was arrested for making objectionable remarks after comedian Munawwar Farooqui's show. Following heavy protests, BJP had suspended MLA T Raja Singh from the party. Singh had used objectionable words by releasing the video on Tuesday. After this he had called it a joke, but a large number of people came out on the streets in protest against him. Singh had released a video accusing Munawwar Farooqui of hurting the religious sentiments of Hindus. Munavvar did a comedy show in Hyderabad only last week. Singh threatened to set the set on fire, threatening to stop the show.