The Swimming Federation of India (SFI) confirmed Indian woman swimmer Maana Patel's participation in the Tokyo Olympics has been secured under a "universality quota." 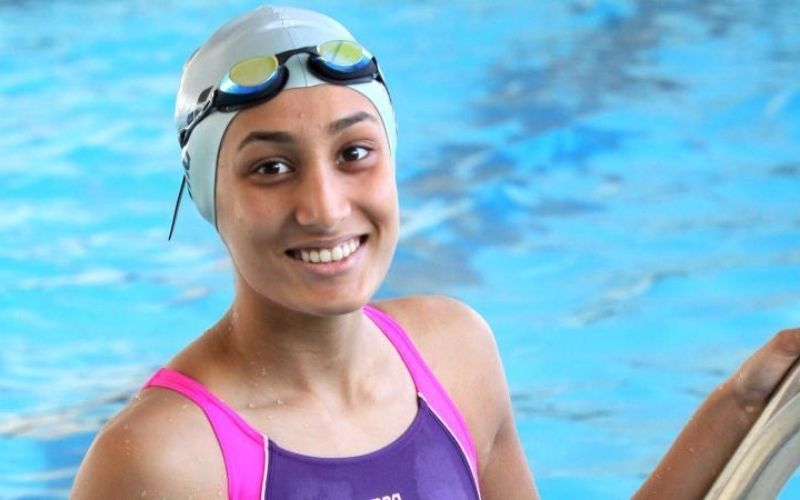 The Swimming Federation of India (SFI) confirmed Indian woman swimmer Maana Patel's participation in the Tokyo Olympics has been secured under a "universality quota." Maana will compete in the 100m backstroke at the Tokyo Olympics, becoming the third Indian swimmer to qualify after Srihari Nataraj and Sajan Prakash recently attained Olympic Qualification Timing (OQT) ‘A' standard.

The Universality quota permits a country to send one male and one female athlete to the Olympics, provided no other swimmer of the same gender qualifies for the Games or receives a FINA invitation based on his or her Olympic Selection time (B time).

“It's an incredible experience. I'd heard about the Olympics from other swimmers, watched it on TV, and seen a lot of images," said Maana.

“However, being there this time, competing against the best in the world, gives me chills." The 21-year-old had an ankle injury in 2019 and did not return until early this year.

“It was indeed a difficult year coming back from the injury "Maana said. “Although the outbreak and lockdown were a blessing in disguise because they allowed me to recover quickly, frustration set in later. I'm not used to being away from water for so long."

Her maiden tournament of the year was the Uzbekistan Open Swimming Championships in April, where she won the gold medal in the 100m backstroke in 1:04.47 seconds.

“In Uzbekistan, I was satisfied with my timing. Nothing spectacular. However, getting back into competitive racing and managing 1:04 was a decent start. I had a feeling I was on the right route." She had just competed in competitions in Serbia and Italy as a warm-up for the Tokyo Olympics.

Moreover, she broke her national record in the 100m backstroke in Belgrade. “One thing I made certain of was that I would make the most of every chance. My timetable was well-planned. My intake was within control. I didn't want to take any chances, "Maana stated.

“I got 1:03 in Belgrade, and my goal for Tokyo is to run 1:02 or less." With a Universality quota that isn't even the 'B' qualifying threshold, Maana understands that the Olympics are more about acquiring experience for her.

“I'm not looking for much here; all I want is the experience of swimming in the Olympics. The season of 2023 is crucial for us. I view the Commonwealth and Asian Games as genuine opportunities for a podium result" Maana said.