Swayamvar- Mika Di Vohti: Once Denied marriage with Mika, Now this actress wishes to be his Bride

The fourth show of the Swayamvar series 'Swayamvar - Mika Di Voti' is a buzz-worthy conversation amongst Pop Culture Enthusiasts. Initially, Riya Kishanchandani and then Manpreet Kaur made a wild card entry. Now Indian model and actress Akanksha Puri is also going to take a wild card entry on the show. 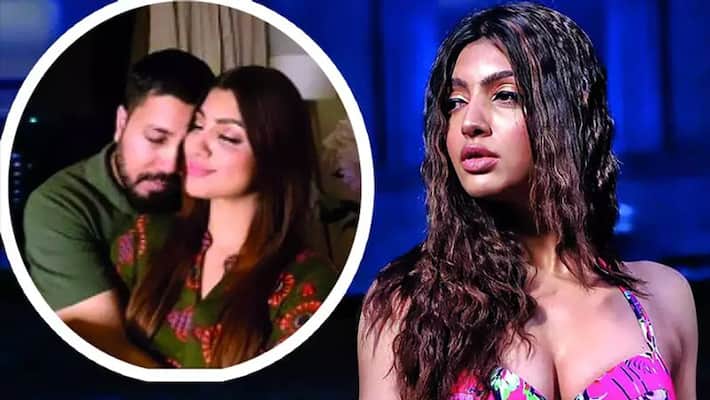 The reality show 'Swayamvar - Mika Di Voti' is in the news these days due to its format. In the first show, 'Splitsvilla' fame Riya Kishanchandani and then 'Bigg Boss 15' contestant Umar Riaz's ex-girlfriend Manpreet Kaur made a wild card entry. Now it is reported that Paras Chhabra's ex Akanksha Puri is also going to be seen in this. She is also going to make a wild card entry in the show. The funny thing is that 6 months back, Akanksha had clarified Mika and her affair and said that we are just friends and I do not want to marry Mika.

Recently the makers have released a new promo for the show. This show's anchor, Shaan explains that Akanksha and Mika's friendship is 10 years old. Also, a lot has been said about these two in the media as well. After this, as soon as Shaan announces that Akanksha Puri's wild card entry is taking place in the show, then all the other contestants are shocked to hear this. In the promo, Akanksha also says, 'There will be only one queen of the king, that's why I am here.'

Akanksha was spotted outside a restaurant a few days back. On this occasion, when the photographers asked him what are his upcoming projects? So Akanksha had said, 'There are many projects but I will not talk about anyone. All I can say is that I am about to do some big bang.' Now the fans are seeing his entry in this Swayamvara by linking it to his statement.