The doctors had set the police jeep on fire. Then Surendra Yadav had to run away. A warrant for his arrest was also issued in this case. Modi said that those accused of serious criminal cases and charge-sheeted in corruption charges should be immediately sacked from the Council of Ministers. 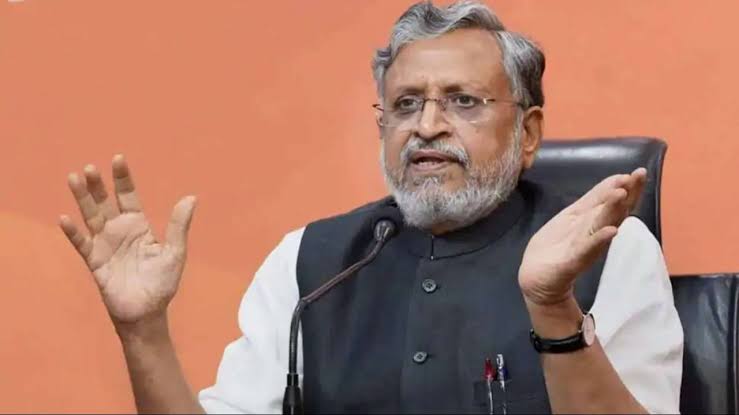 Former Deputy Chief Minister and Rajya Sabha member Sushil Kumar Modi made a strong attack on the government by taking Surendra Yadav, a minister of the Nitish government of the state. He said that Chief Minister Nitish Kumar made Surendra Yadav, who was accused of child sex crimes, tearing the copy of the Women's Reservation Bill in Parliament, Atul kidnapping case, firing on medical students, violent clashes with Tilkut traders, brutal beating of former Congress MLA, as a minister. Shame on Bihar. Modi demanded that the government should immediately sack a criminal like Surendra Yadav from the cabinet. Sushil Modi was speaking to the press at the BJP office on Sunday.

Modi said that on June 15, 2018, a minor rape victim girl was brought to Magadh Medical College for medical examination. 25-30 people, including Surendra Yadav, forcibly took the girl (who was under police protection) from the vehicle and wanted to take her statement and in the meantime exposed her face. This case is related to child sex offence. In this case, a case was registered against Surendra Yadav under Section-13 of the POCSO Act. Surendra Yadav is chargesheeted, out on bail, the charge has been framed and the trial of the case is going on.

He said that Prem Prakash (from whose house 2 AK-47s were recovered in Jharkhand) is also related to Surendra Yadav. In 2006, Prem Prakash was an office-bearer in Raj Bhavan State Bank. He absconded with the amount of crores of politicians associated with the fodder scam, which was given to him as a trust. Under political pressure, Patna Police went to Baroda to arrest Prem Prakash by airplane. The police arrested his younger brother Atul Prakash. During this, Surendra Yadav, Minister of State, Excise tortured Surendra Yadav by keeping Atul Prakash from the train in Gaya and kidnapping Atul from police custody for four days. The police somehow recovered Atul from Surendra Yadav's house. In this case, Surendra Yadav had to resign from the post of minister. Surendra Yadav had to stay in jail for a long time. This incident shook the entire Bihar. In 1998, by tearing the copy of the Women's Reservation Bill from the hands of the then Home Minister LK Advani in the Lok Sabha, Bihar was shamed all over the country.

Sushil Modi reminded another old incident. Said that on January 31, 2011, there was a clash with junior doctors in Magadh Medical College. On the instructions of Surendra Yadav, his bodyguards opened fire, in which three junior doctors were shot. The doctors had set the police jeep on fire. Then Surendra Yadav had to run away. A warrant for his arrest was also issued in this case. Modi said that those accused of serious criminal cases and charge-sheeted in corruption charges should be immediately sacked from the Council of Ministers.